The last few months have reminded me again how every single aspect of business is changing in the digital age. In the middle of strategy season, running discussions and workshops for large and small organizations, I’ve been struck by how easily people are quickly moving on from outdated marketing playbooks about competitors to customer-centric business development.

Having spent years assessing strategy options with SWOT style analyses, I’m of the view now that predicting businesses futures by assessing “opportunities” and “threats” is increasingly best left to someone with a crystal ball.

Take Nokia for example. 70 years as Finland’s premier industrial corporation before becoming the world’s biggest mobile phone manufacturer in 2002, just four years after entering the global market. In 2016, their market share is less than 10%. Brand awareness is on the slide as a new generation discovers all the things their shiny new Samsung can do. Previously experts in the LCD market, neither Samsung or Apple were making phones when Nokia first started.

Which companies would have been written up on butchers’ paper under“Threats” in Nokia corporate strategy workshops? They knew by then about the iPod but did anyone see it would one day become a phone? Or a watch? (Actually, forget the Apple watch, seems like everybody else has).

It’s clear that we’re living in a world where the traditional 5 P’s of marketing are in turmoil. Measuring price involves complicated algorithms of currency fluctuation as we buy products from anywhere in the world. The web is a bigger place than any of us ever conceived. Not a “P” but through Alibaba, all businesses enjoy access to the cheapest production. Social media has undermined the entire promotion and advertising industry.

Apart from the basic need to make a profit, the one constant nowadays apart from the product itself is the importance of the customer. (I always thought that“people” was the missing sixth “P” but I digress…) It’s fair to say that the customer might be king again.

Busier than ever before, smarter than ever before, thanks to the computer they use to make phone calls and scan the web, it’s the actions of our customers that drive success. Without them, business investments are just costs. Unwanted products quickly wither and die. Happy and loyal customers are still the lifeblood of every organisation.

In Government, the creation of smart new one-stop shops like Service NSW is slowly taking over handling of retail customers, but meanwhile, the provision of all the services we rely on, from street lighting through to cycle paths, clean drinking water, car parking and public transport works better if they have been designed with understanding of the needs and wants of their customers. Call them citizens if you like, or stakeholders or even voters. They’re the people Governments do this stuff for. Customers.

Pleasingly, more and more of my Government clients are seeing engaging with customers as the central tenet of their communications activities. Across Australian Governments, there’s been an explosion of community engagement activity since I launched Have Your Say for the NSW Government.

Almost every State Government and a large number of councils have adopted some form of online engagement model and many are augmenting the approach with the deployment of a social media strategy to further build loyalty and reach. It’s a brave new world for all of us and if handled well potentially not just better than the clumsy tools of the past but also cheaper. And quicker.

I’m seeing a number of lessons emerging that might be useful to anyone considering first steps in public sector community engagement and/or those refining their strategies. These six thoughts don’t replace the many excellent online guides to community engagement available through a simple Google search, but they do represent the most common mistakes being made in the brave new world of engagement.

1. Don’t think “build it and they will come”

I think the most dangerous assumption any business, particularly a Government department can make is that people are keen to engage with them. The research will always show that people want to be consulted and are keen to be part of decision making, but in reality, people have busy lives and your website may not be in the 6-10 websites that most people visit every week.  Community engagement is a process that stands or falls by the communication strategy.

The best starting point is to have one.

It’s a truism that almost all research is more effective when the respondent is given options and asked to choose the one that most closely matched their view. While it’s understood that many public sector engagement conversations are more complicated than a simple choice, nevertheless, there is very little point asking random people to comment on a 100 page Government document. We’re learning time and time again that this approach just doesn’t work.

Sometimes it is important to put a lot of information up for people to consider. You simply must help your audience out by splitting up the content into sensible chapters and clear guidance on specifically the type of feedback you are looking for. In researching approaches for clients, I’ve come across some very high profile engagement campaigns here and overseas with fewer respondents after two months online than players in a five a side football team. That’s never good.

The single biggest adjustment for old-timers like me in using digital publishing channels is the opportunity to amend and improve your content as you go. I was brought up in a world where once the newspaper/magazine/questionnaire was printed, that was it. And Sod’s Law meant that you always discovered something you wanted to change when the printed copies arrived.

So grab the digital opportunity with both hands. Review your responses with a keen eye. Rephrase or explain questions that people aren’t answering and feel free to go back and ask further questions if you’re not clear on what the responses mean. As long as you stay focused on being sure you really understand what the customer wants, there’s only an upside.

My research shows that a large number of consultancy programmes disappear without a trace. I’ve lost count of the number I’ve tracked that promise results will be published on a certain date but months later the website hasn’t been updated or the results link leads to a “page not found” message. Enough said.

I have no evidence to prove it, but I’m certain that if you don’t publish results when you promised, over time respondents will stop bothering.

It’s a common and sometimes valid concern that some of my clients feel that they simply can’t share results. While that’s sometimes an easy excuse, the best way to overcome that problem is with complete disclosure upfront.

A simple and well-written paragraph that explains that while people’s responses will be carefully considered you cannot publish the results will suffice. In summary, in the world of research generally, less is more. No, we don’t have time for a twenty-minute telephone survey. Only the most committed respondents will have the time or interest to volunteer to engage with you if you make the process lengthy or complex. Be really clear about what you’re interested in and how you will respond. Even if you can’t. And remember, in the age of the internet, you can always ask some of the less burning questions in a few weeks’ time. Focus on that and do the best job you can, keeping it simple and thanking people along the way for their help.

Alun Probert is the Head of GovCom, an Australian communications agency specialising in the public sector. He has a long history of product and audience research gained in the development of some of the world’s most successful media launches. He was also responsible for the launch of the NSW Government community engagement portal, the first of its type.

Get in touch with Alun here.

This article first appeared on GovComGroup.com.au 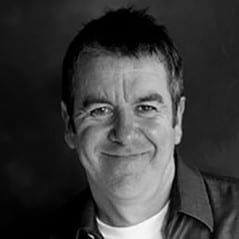 Alun Probert is the Head of GovCom, an Australian communications agency specialising in the public sector.