Sally Hussey reviews David Gilbert’s The Patient Revolution: How we can heal the healthcare system.

“[E]ven current adaptations of the [Arnstein’s] ladder of engagement leave out the need for improvement and change to be truly patient or citizen led. What is stopping that from happening? That’s the question. I think that’s the barrier. That sort of thinking requires a real power shift.”

The Patient Revolution: How we can heal the healthcare system (JKP, 2020) is a powerful examination of patient engagement. Not only in its first-hand depiction of a broken healthcare system. But in its demonstration of the failure of traditional public and patient engagement. Focussed on the UK – more specifically, the NHS – it documents the hazardous fragmentation across the healthcare system and the acute disconnect with patients in a siloed approach to healthcare. At times, with dire consequences. On the one hand, in the documented experiences of inconceivable “bad care”, to reuse Gilbert’s words, that speak volumes of how traditional healthcare has failed the very people it is meant to serve. On the other hand, in the empty rhetoric of “patient-centric” approaches and “tick box” methods that have occupied decades of so-called patient engagement. As Gilbert writes, traditionally conceived patient and public engagement “buffers power by distancing patients from decision-making.” Moreover, where engagement fails, ironically, it’s attributed to “the lack of value that patients bring.” (22)

But it is far from a negative lambasting. As the subtitle title suggests – “how we can heal the healthcare system” – it is an inspiring, activating collection, animated by the wisdom of experience of its 13 Patient Leaders, who have not only suffered at the hands of “bad care”, but, remarkably, are dedicated to changing the system – often without recompense, at times disempowered, co-opted or stripped of any professional identity. (Many contributors have professional backgrounds ranging from consultancy, international relations to business and marketing to name only a few.) As Patient Leader, Dominic Stenning puts it, “People don’t link the experience with the expertise. I am more than the sum of what has happened to me.” (63)

The failure of traditional engagement 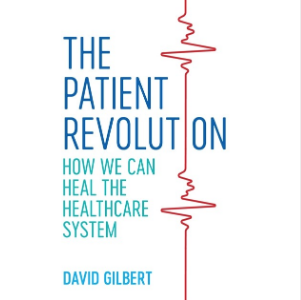 Patient Director and author, David Gilbert’s Introduction, opens the doors to the failure of traditional engagement approaches and provides a salient context from which to view both the ensuing chapters and the emerging field – if not urgency – of patient leadership. Taken in its entirety, the book presents somewhat of a clarion call for change to engagement approaches that maintain the status quo and preserve institutional authority. That is, where the engagement industry focuses on data gathering and capturing views of “representative” groups – where patients are invited to complete questionnaires, participate in focus groups, or lend their story for board meetings – over impact and outcomes. For such transactional approaches describe an engagement process out of step with its intention. Where, without support or training, lay representatives are expected to bring the patient perspective to decision making, while the legitimacy of patient involvement in healthcare governance is questioned through the idea that patients hold up decision making, draw out processes and are themselves “demanding, negative, angry with unachievable demands.”

The extraordinary, reflective accounts making up the book’s chapters detail the myriad experiences of varying mental health and health users – from experiences with chronic ill health, childhood illness to lifechanging illnesses, injuries and disabilities; from parents and carers to patients; from neo-natal to emergency wards. But they are also beyond stories of healing.

The book doesn’t seek to be a representative sample. Reimagining healthcare through the very notion of patient leadership, each chapter adds in its unflinching retelling, a piece of the collective whole – where patients work alongside managerial, clinical leaders at local, regional, national and international levels often impacting organisational change, education and training, health service delivery and policy. For instance, dealing with practical consequences of a bowel transplant, Michael Seres maximised his business background in consumer product licensing to create the world’s first smart care platform for stoma patients, including the first-ever smart medical bag. Patrick Ojeer, a father who was caring for his son with sickle cell disease, helped planning around the Health and Social Care Act 2012 that reshaped how commissioning was undertaken for specialised services. Karen Owen pioneered her own Health Maker vision – a manifestation of patient leadership that not only provides for training and support but builds on the understanding that people need to be encouraged and supported to look after their own well-being. Trevor Fernandes influenced the lead up to the tabling the Health and Social Care Act to enshrine a corporate duty to involve patients and the public in ongoing decisions about healthcare changes.[1] And, Ceinwen Giles, founded Shine Cancer Support charity to support 20-40 year old’s experiencing a cancer diagnosis.

And yet, patient leadership is a term that is still its infancy. As Gilbert himself says, the role of patient leadership is “still novel”. Through the stories, however, we can trace its practical and conceptual emergence. From the Centre for Patient Leadership, which Gilbert pioneered with Mark Doughty, to understanding its definitional multiplicity – encompassing equality, co-design, “straight talk” to ensure better quality decisions, humanising healthcare – and how it draws on a history of community activism or, as Gilbert reflects, “stands on shoulders of activists’ wider civil rights movement”.

Modelling the collaboration and co-production central to the concept of patient leadership, the book also functions as its reclamation – claiming what Stenning calls “a stake in the ground”. (74) Indeed, Gilbert’s conversational style and authorial comments throughout documenting patient leaders stories become like a structural skin. Comments like, “Do patient leaders have an inbuilt sense of the unfairness and injustice of life?” Or, reflecting on patient leadership in Dominic Stenning, “where did that drive for equity stem from?” (66). Yet, less than questions, these are more akin to guiding principles. Indeed, the theme of equality is a through-line in the book. For not only do patient leaders have to manage their own conditions, but they are also faced with disrupting and changing an inflexible system. As Michael Seres states, patient leaders “have to be three times as good to be treated as an equal.” (51)

But it is in rehumanising healthcare and patient engagement that the book’s impact is most felt. At its core, valuing the expertise of patients serves to equalise power and demands a model of engagement beyond the tick-the-box, patient feedback or representational approaches. Not only will this model remove barriers, but enact a demand for respect. (An issue acutely observed in the experience of now seventy-year-old former headteacher, Lesley Preece, who was lurched from service to service, specialists to hospitals, bearing the worst of the health system’s inaction. Lesley overheard herself being described by an acronym ‘SFWMIU, and, as Gilbert clarifies, “was told sheepishly by nurses that it meant ‘stupid fat woman making it up’.”) (182)

A breakthrough in healthcare

A more disconnected health system is impossible to imagine. Yet, as The Patient Revolution demonstrates at length, the concept of patient leadership is about connection – connecting lived-experience with the health care system, connecting purpose and identity. That is, not regarding patients as ‘weak’ or external to the health system. In effect, bringing humanity into the system.

Gilbert, himself a mental health user with over three decades experience working with the NHS, provides ineffable common ground between patient experience and leadership with a poet’s access to inner language, demonstrated by the book’s coda. Indeed, Gilbert is careful to point out this collection is not an “autobiographical tale of suffering”. But it offers a voice to patients, encompassing their experience and their work beyond personal healing.

It would be difficult to read this book and not be driven to activism. It signals a breakthrough in healthcare that moves beyond traditional engagement and uncovers the pioneering and transformative work of patient leaders in the UK. For engagement practitioners, this book helps understand questions we need to ask of any healthcare system – and not only limited to UK and the NHS – but globally. It also underscores how traditional engagement methods have failed, bottom line, by not valuing their most vital resource: patients.

Sally Hussey is Bang the Table’s Principal Writer and Editorial Director. She has an extensive background in the publishing, academic and cultural sectors. 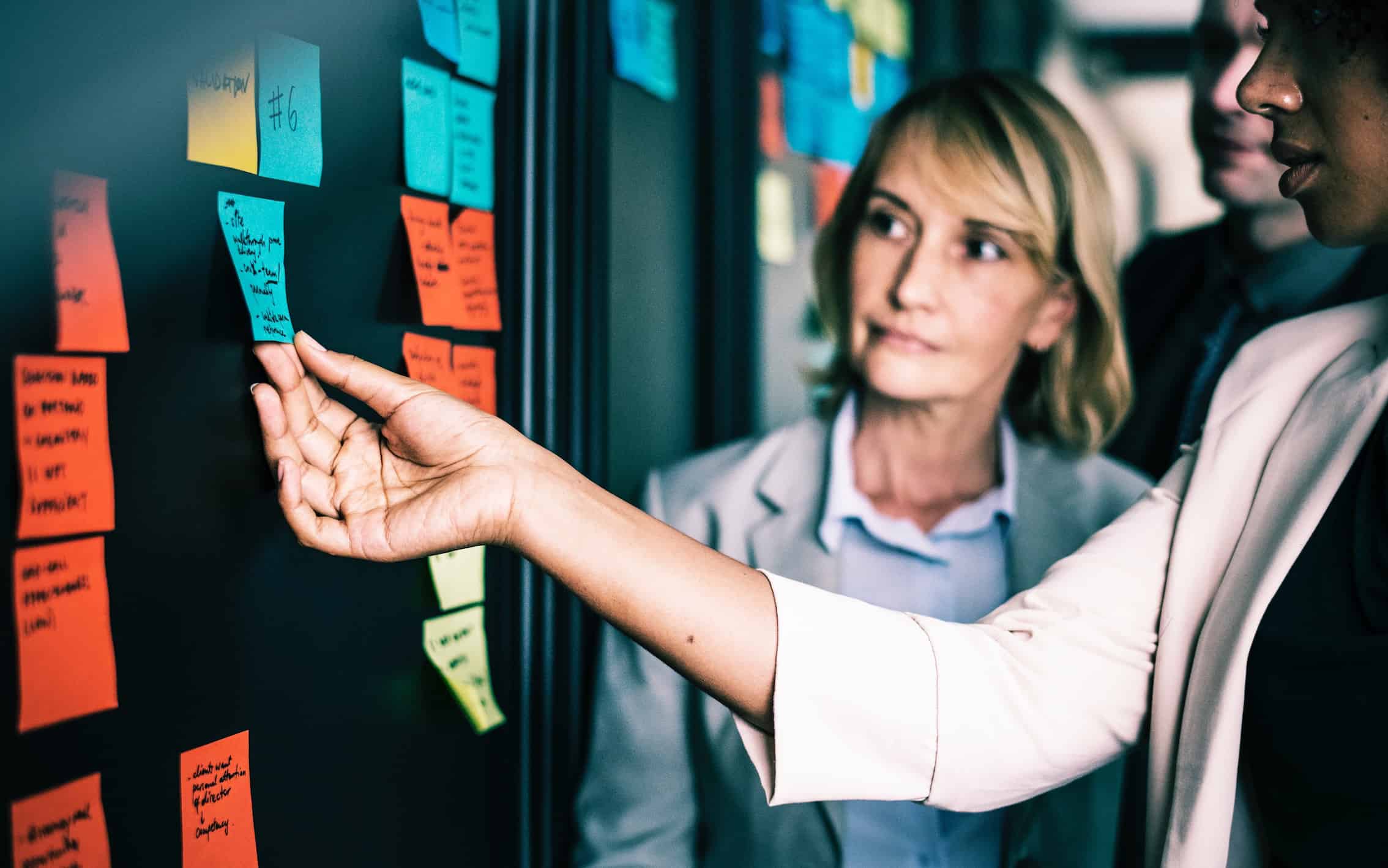 Between the spectra: Arnstein’s Ladder plugs the gap of IAP2 spectrum