Building trust with communities after Brexit

We’re almost a couple of months post-Brexit, with a new prime minister and cabinet, and the whole political environment here in the UK still feels very unsettled. It’s been suggested that the Great British Public perhaps weren’t as well equipped fact-wise as they should have been when voting on whether to leave the EU – a momentous decision that appears to have unknown consequences. It’s a fair point: were we ever going to be able to cast an informed vote when the leave campaign protagonists didn’t even seem totally sure what the outcome could mean?

To me, this highlights the importance of setting the boundaries and giving context in collective decision making. Only when participants understand what they’re being asked to comment on and the potential outcomes of their feedback can a consultation process really be meaningful. Otherwise comment is futile. Had those who voted leave known exactly what such a vote would entail in tangible terms, the outcome may have differed.

In a community engagement scenario, before ideas, opinions and feedback are invited, the context should be set and the limitations need to be laid out. What can be influenced, and what can’t (and why can’t it)? What constraints, policies, history and so on must be considered to enable a participant to form an educated opinion and provide comment that can reasonably be taken into account?

This context setting doesn’t come without difficulties – namely in terms of how you communicate what can be detailed and complex subjects. When we’re talking about specialist or technical issues such as the geotechnical or ecological constraints of a development site, for example, or a convoluted government policy that guides the way we must do things, we are unlikely to be using every day terms. It’s important to use straightforward language accompanied by illustrative images and graphics, and to review what you’ve written from the perspective of your audience. As well as simply making things easier to process and understand, this can help to build trust with your community – you’re not hiding behind abbreviations and fancy technical terminologies.

Framing an engagement scenario within its various boundaries manages expectations and in turn demonstrates transparency. Your community can clearly see why initial plans or policies – which by very nature can often appear a done deal – have been drawn up the way they have, and comment accordingly. The transparency will be appreciated; the all-too-common scepticism that comes with the consultation process will be minimised; and meaningful involvement will be encouraged.

People can of course make up their own minds and may not necessarily agree with the boundaries you set. Just like voters can do their research, weigh up a wide range of arguments, and spot gaps and flaws in political messages. But, like the difference between an open and meaningful consultation and a flawed one, had the referendum rhetoric been diluted by a little recognition of the unknown outcomes, as well as some honesty about what could and couldn’t realistically be influenced by the vote, there may well have been a different result. 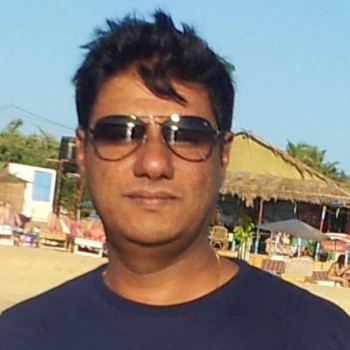