At Bang the Table we are always interested in finding best practice ways to engage the community. We don’t often advocate social media as a space for deep or formal community engagement but it is a fantastic place to get the word out and to build interest in government. That way, when you need to have more formal engagement the community is ready to participate.

We recently came across a Twitter campaign that really stood out as a fantastic example of using social media to increase community interest and engagement.

#Topekatweetalongs is a thriving hashtag used by the City of Topeka, Kansas to accompany live coverage of day-in-the-life type stories that feature different everyday jobs of city workers. Doug Gerber, Deputy City Manager for City of Topeka was happy to give insight to the success of their ongoing campaign, an idea that originated from the City’s former media relations Director and began to take shape in the Summer of 2015. 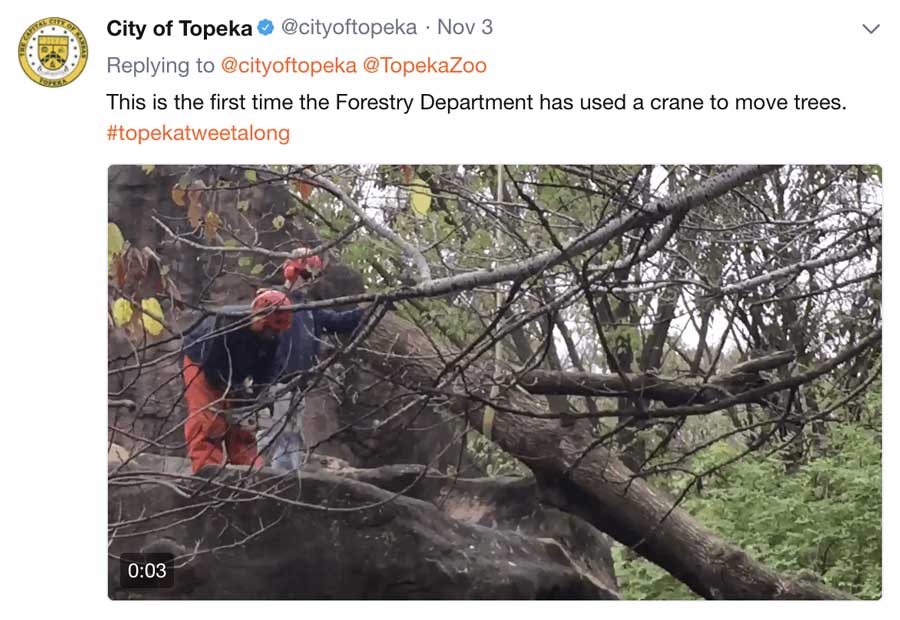 The city wanted a simple, low-cost but effective way to leverage technology and help communicate the really interesting stories that happen every day for citizens. “We really wanted to tell the untold stories of those who work for the city doing important jobs that may not always be recognized,” said Doug. “#Topekatweetalongs was a unique way to share information with a larger audience who might not know what goes on behind the scenes.”

Aside from being a fun and interactive way of storytelling, the city also saw this as an opportunity to leverage more positive press. Topeka had just come through a fairly contentious community issue that had caused some division. “There were strong opinions on both sides of the issue which had caused tension. This was a way for Topeka to deliver a message on their own terms in a positive and enticing way,” Doug added.

The campaign started out with a little bit of reluctance from staff to participate but has grown into a popular and sought after way for employees to get involved. The feedback from the public showed the community was intrigued and interested in learning more about the variety of interesting jobs at the City. Whether it is going through a fire department training, seeing how the animals at the zoo feasted over the holidays, following a day in the life of the call center or a sewer plant operator, it had the community engaged.

Partly as a result of #Topekatweetalongs the City’s social media presence has increased and. the community has come together both in person and online. Face-to-face events and gatherings have been promoted through #Topekatweetalongs online which has made for larger turnouts and participation in the community while keeping the online space buzzing with feedback and interactions.

An unseen and welcome surprise, was the amount of employee interaction and excitement around #Topekatweetalongs. People got to know their co-workers, they were excited to participate and have their role highlighted, and comradery was built inside the city office.

#Topekatweetalongs struck us as a fantastic example of using social media channels to build community interest in the work of the City.  To check out more details on #Topekatweetalongs follow them on twitter @CityofTopeka or check out their blog. Also, be sure to check out Bang the Table client case studies for examples of successful community engagement or read about tips and tricks on our blog.