Celebrating 8-Years Of Banging The Table!

It’s eight years to the day since Bang the Table was registered as a business with the Australian Taxation Office.

What grew from nothing, is now an international business with entities registered in Australia, India, Canada, the UK and, most recently, the USA. We have employees in three countries, serve clients in five countries, and before you can blink an eye we’ll have a new base in downtown Boulder, Colorado.

My how things have changed! 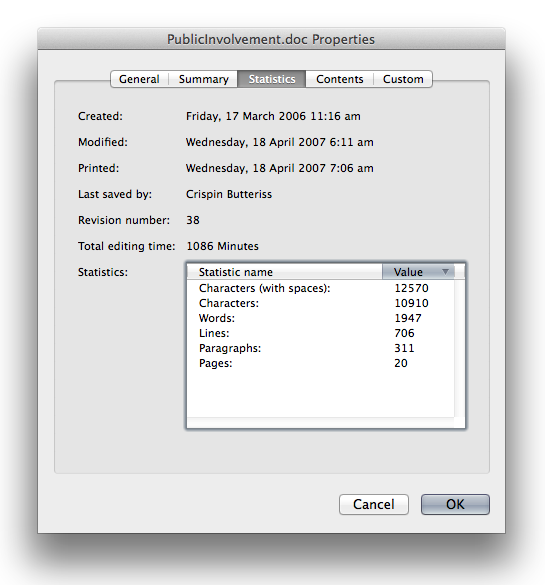 The steely-eyed among you will have noticed that back then, the ‘working name’ for the idea that would eventually become Bang the Table, was publicinvolvement.com. (The URL is now owned by a US-based communications firm.)

The logo, which was knocked up on MS Word, was a the two letter acronym, “pi”, in a vaguely hand written white script on a peacock blue dot. 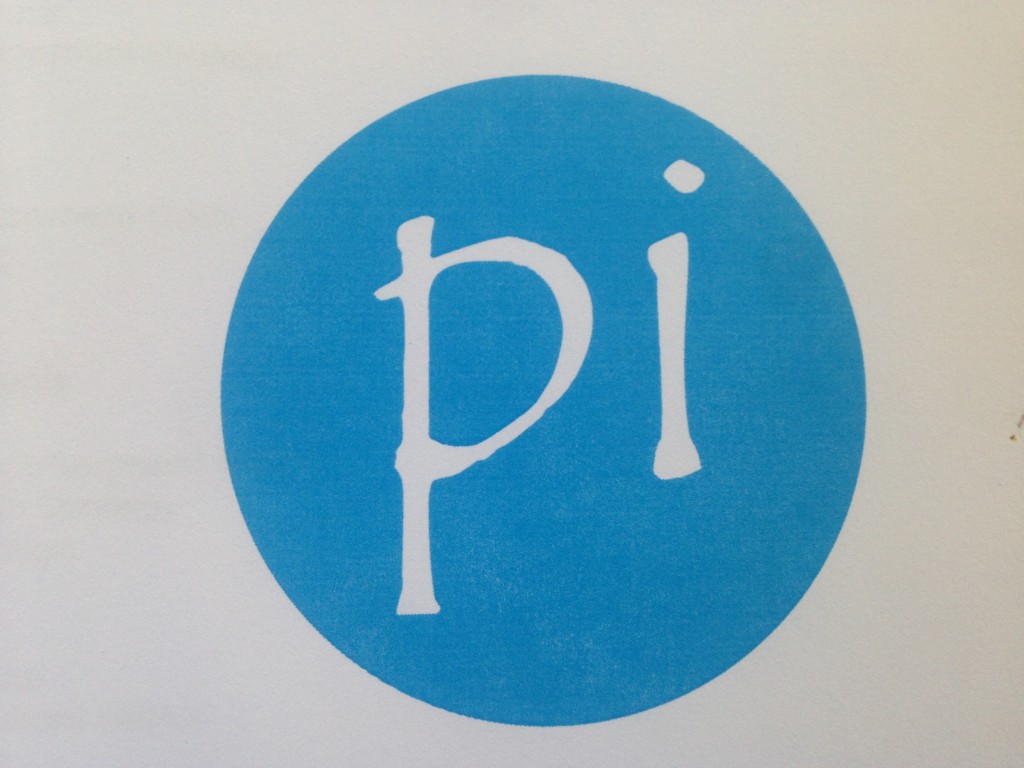 Neither survived through to launch day.

A quick straw poll around the office today demonstrates why. “Mmmm, I don’t like it.” “Too bland.” “I prefer Bang the Table: Once you explain the metaphor, people remember it.”

No one was ever going to remember “pi”.

I liked it; still do.

Just shows how little I know.

The very first project to go live on the original ‘Bang the Table’ platform was a discussion about a new local environment plan for Wingecarribee Shire. For those not in the know, Wingecarribee [pronounced winge-e-car-i-bee] is a very beautiful semi-rural area on the south-western outskirts of Sydney. It is also the home of the big potato. 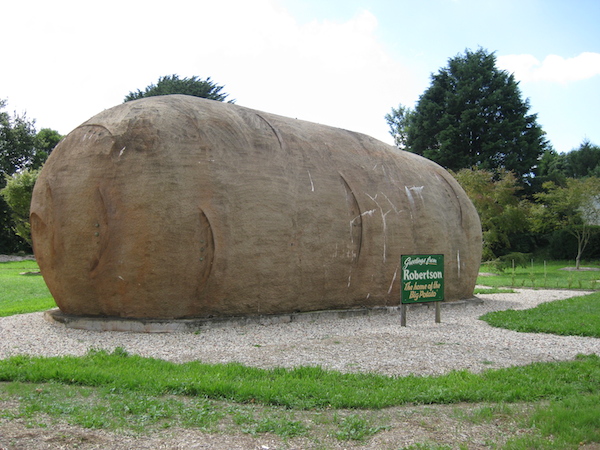 Over the years we’ve have a mixed relationship with the mainstream media. 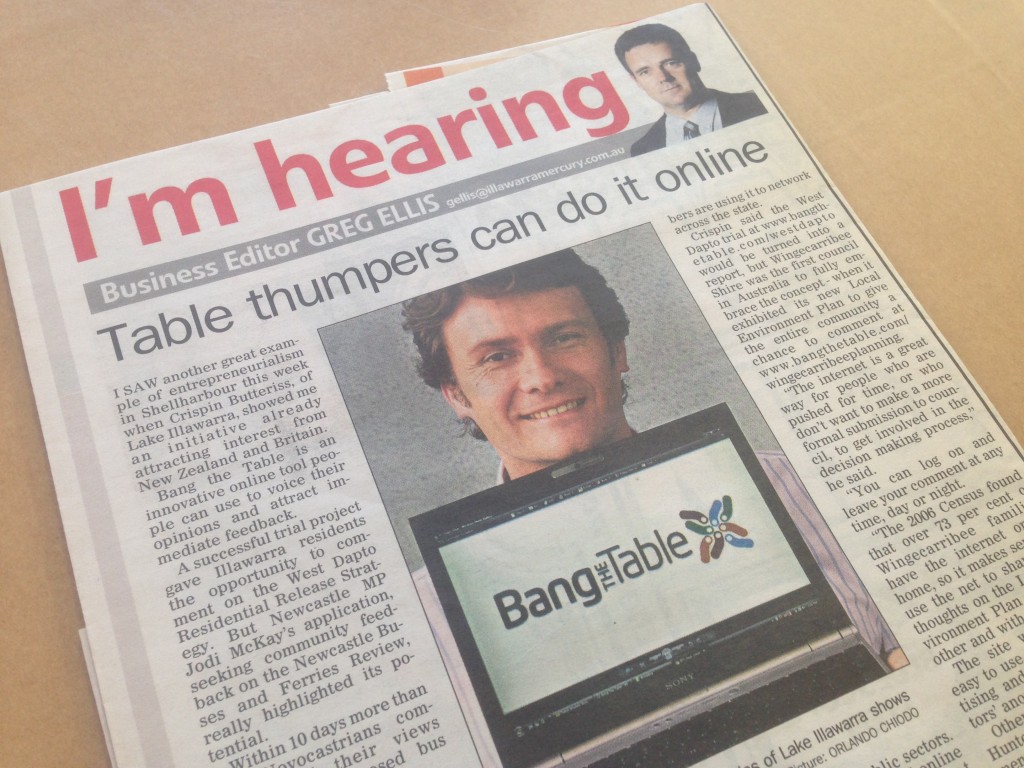 Crispin in the Illawarra Mercury from December 14, 2007 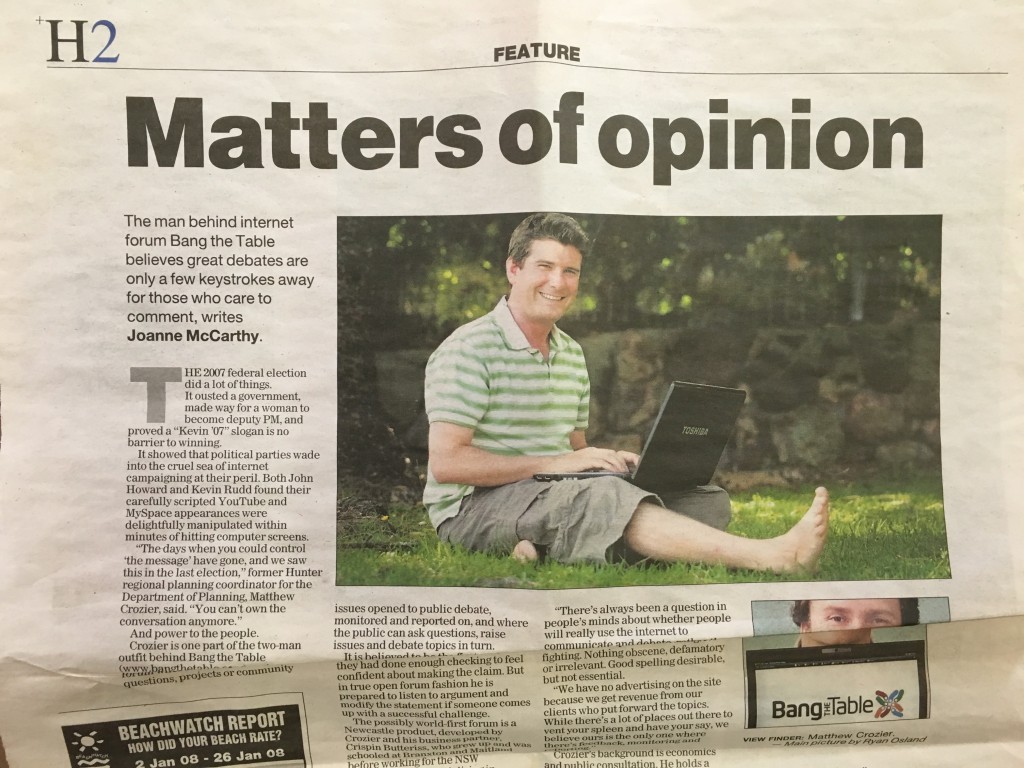 Matt in the verdant surrounds of his backyard for a Newcastle Herald photo shoot.

The above articles appeared in the Illawarra Mercury business section and Newcastle Herald opinion section back in 2007. They praised our innovation and entrepreneurial spirit in spotting a business opportunity and social need.

In contrast, the Wilcox cartoon below (which sits on my wall) appeared in the Sydney Morning Herald back in 2010 after a particularly bad week in which our work was not praised! 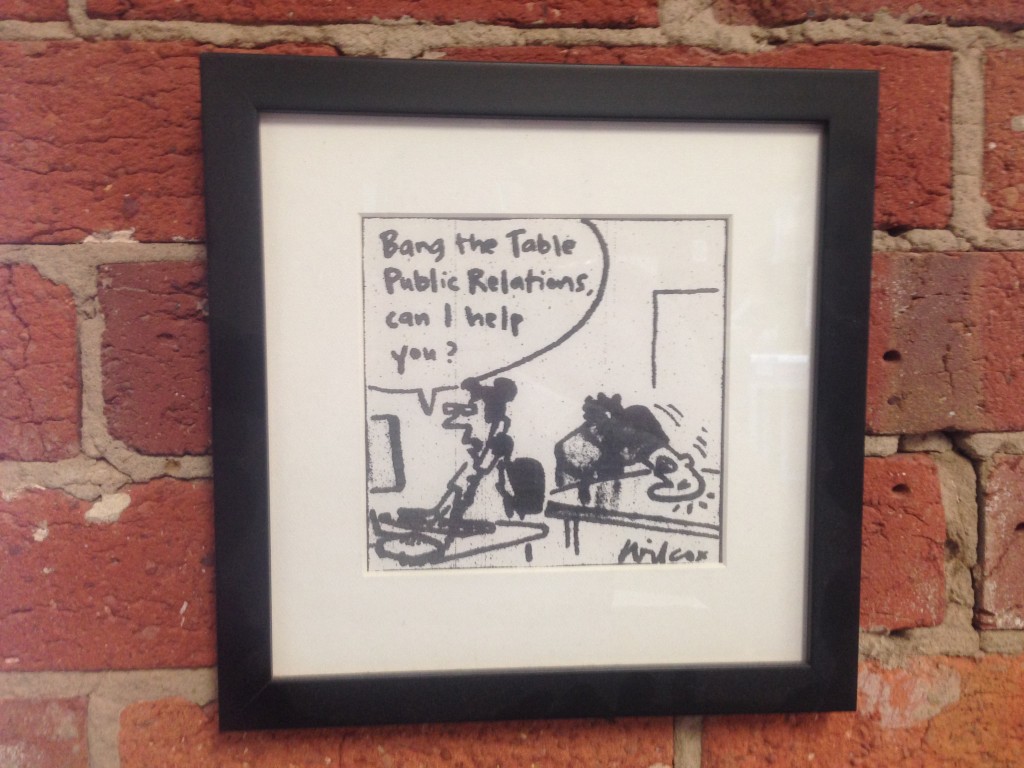 The Cathy Wilcox cartoon from the Sydney Morning Herald; sticking the knife in at our lowest point, circa February 2010

If it’s true that what doesn’t kill us makes us stronger, then we came out of that week with super powers.

And by good fortune, we had planned to head north for a retreat that very week! 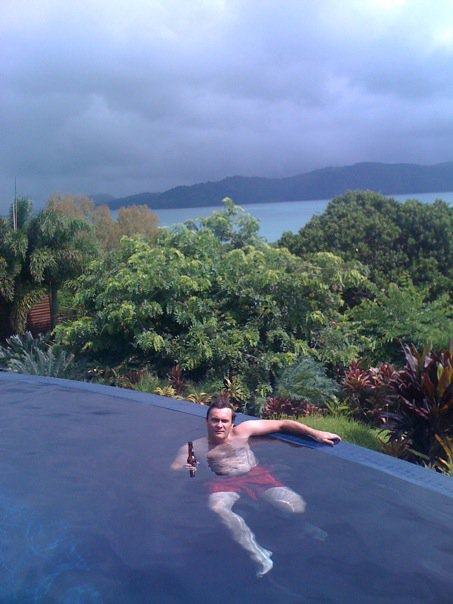 Yours truly recovering from a bad week for Bang the Table. Brings to mind a quote from a contemporary poet and philosopher – “Hater’s gonna hate, we’re just gonna shake, shake, shake….”

One of the best things about running your own business is that you get to choose who you work with. And we have worked alongside some absolutely outstanding people over eight years. Too many to mention them all. 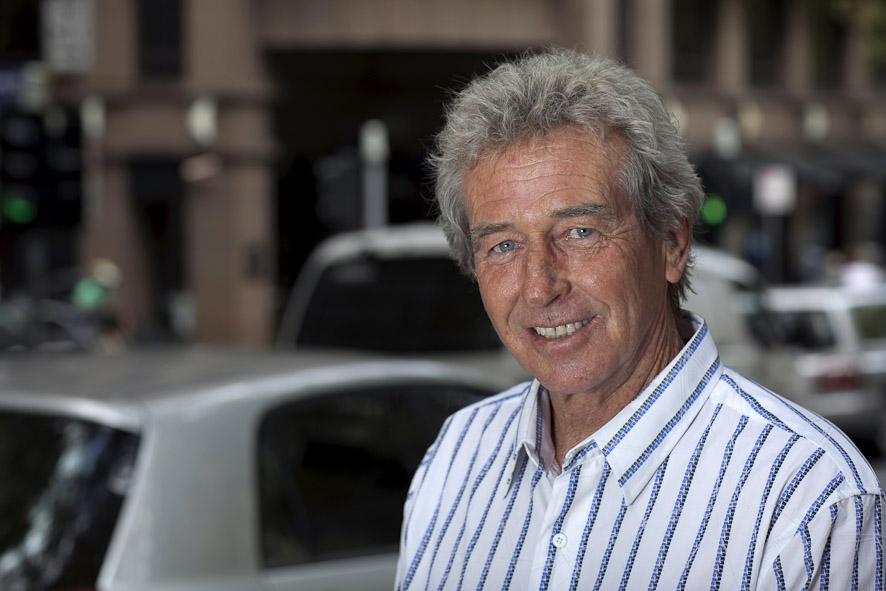 If you’re a Bang the Table client there’s a very good chance you will have met (whether in person or via Skype) or spoken with Ray Scanlan at some point. Ray was our very first “Engagement Manager”. He joined us at a time when we were in desperate need of someone with the capacity and maturity to take a huge load of our shoulders. We owe Ray a huge debt of gratitude for his indefatigability, his loyalty, his ridiculous work ethic, his wisdom and his sage counsel, his good humour, his enthusiasm, his ‘grab life with both hands and give it a good shake’ attitude, and much more. 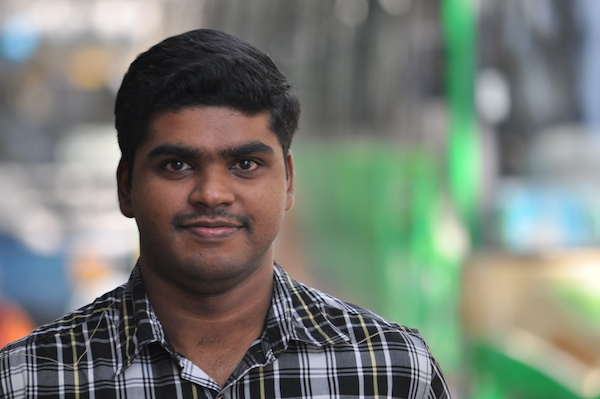 Less well known outside the inner sanctum of Bang the Table is Unni.

Beside, Karthik, Unni was our very first software engineer based out of India. He built the earliest version of the EngagementHQ reporting from scratch and worked tirelessly on every aspect of the software for over seven years. He came to our rescue on too many occasions to remember: Dragging himself out of bed at 3 am, or working through the night to meet ridiculous deadlines or solve impossible problems.

Unni became the heart around which our Bangalore-based team was established. He packed his bags and relocated from the very beautiful Kerala coast to be part of our journey.

Unni left us earlier this year to seek greener pastures and a more relaxed coastal lifestyle. Who can blame him. He goes with our love and respect. 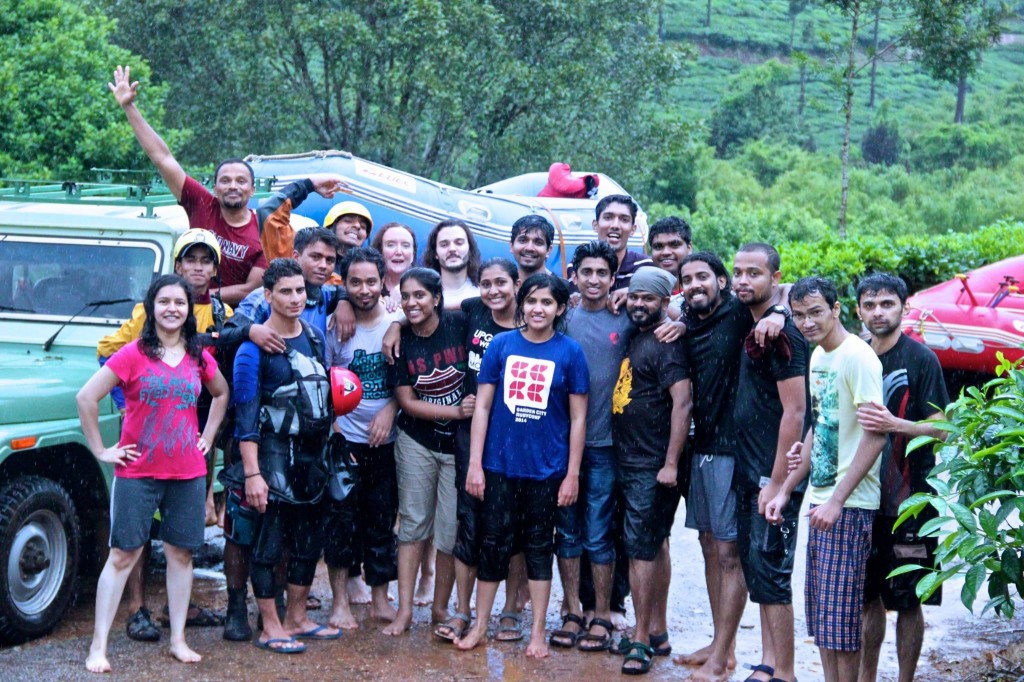 The story of how we came to have a Bangalore-based software development house is for another post and probably Bang the Table’s technology co-founder and now CTO, Karthik Reddy’s to tell. But for me, it has been one of the great pleasures of being part of this journey. Without it I may never have had the opportunity to get to know a group of wonderful people from another country and culture so intimately.

They have shattered some stereotypes and introduced me to a place and people that has enriched my life through travel, conversation and friendships. We are now providing pro bono web services for a fabulous community radio project based in the Himalayan foothills. I’m looking forward to their website going live very soon. 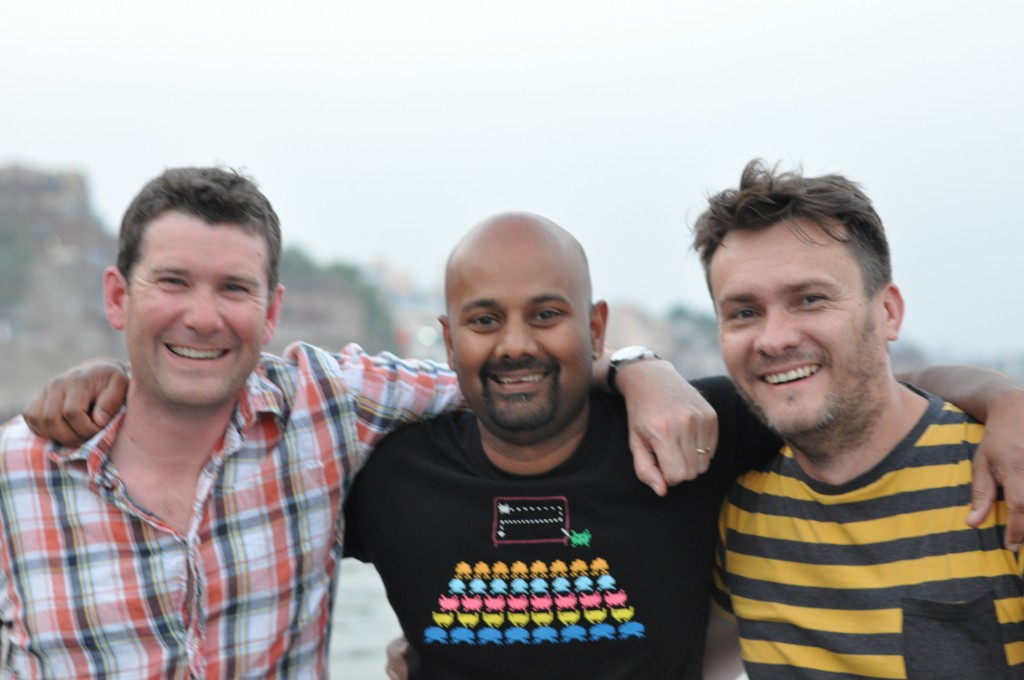 Matt, Karthik and I on the Ganges at Varanasi. (This is the photo that inspired me to take up running)

Finally, this picture was taken a couple of years back when the three co-founders of Bang the Table made time, after a trip to Bangalore, to head to the ancient northern Indian city of Varanasi on the Ganges.

It tells the story about why this business has lasted.

Three colleagues with a shared dream of involving the public in decision-making and encouraging a deeper level of community involvement in public life, who along the way, became three mates with a lifelong friendship.

Thank you to our extended team and supporters over the years. You have made us who we are.