A recent ‘hot topic’ for the European Union has been Smart Cities. It makes sense; 72% of Europeans live in cities and this is expected to rise to 80% by 2050. As elsewhere in the world, our cities are powerhouses of economic growth, innovation and employment opportunities, but face great challenges in respect of the environment, transport and social cohesion. The commitment to addressing these challenges has been gaining ground, with a new Urban Agenda launched in May 2016 and a number of bottom-up practitioners, local authorities and various project consortium members gravitating towards the – wait for it – European Innovation Platform on Smart Cities and Communities. Catchy hey? There is even a ‘Citizen Focus Action Cluster’.

But could the EU home of twisted terminologies, project acronyms and international administration reach all the way down and create a project to engage and excite citizens? Well, the short answer is no. At least not yet.

I was recently lucky enough to work on the REMOURBAN project (that’s REgeneration MOdel for accelerating the smart URBAN transformation). Like many EU smart cities projects, it came from a background of energy efficiency retrofitting and ICT, but also now included elements of mobility and ‘non-technical barriers’. I had previously worked in industry and B2B communications, so the fact that people came under this last heading was the first culture shock. To most engineers and DNA of these projects, objectives were quantified by thermal properties, kilowatts/hour or the cost of a biomass boiler. This was the context for a report on innovative citizen engagement, done for the project.

‘Buildings don’t use energy, people do’

REMOURBAN was to be commended. It was one of the most ambitious smart cities projects yet awarded. Citizen engagement jumped out of the successful submission texts. Hundreds of pages long, meticulously planned. Everything, including the contractors, eligible costs, depreciation of machinery was calculated and the contracts signed. To make even a small change would mean a quasi-legal amendment process with the European Commission. One small issue. We had to tell residents about our plans and their future agreement to all steps was an essential part of it. It is the fatal, recurrent flaw in this and other funded projects. The learning curve would be steep and mind sets challenged.

There is a little dramatic licence to my description above. Of course, there were pockets of promise and even excellence in some cities and neighbourhoods, especially with the housing officers who had a long-term, regular and personable rapport with the community. However, apart from tailoring some messaging on a brochure, the residents essentially still had a binary choice: accept or refuse the project as it was proposed. Occasionally, there was a third way: we take you to court and force you to accept the energy efficiency measure or part of the project.

An important point was, whether they know it or not, REMOURBAN residents were highly implicated in the process. We were – literally – coming to take the roof off and make a lot of noise for at least 18 months. Oh, and many had to contribute financially for the privilege. Participating cities had a reasonable number of channels across the city for mass communication – newspapers, video screens, information centers – but this was about a select group of people and their homes. Some of the residents were also very apathetic about any engagement and certainly might not want any authority figures knocking on their doors in some cases.

A report on innovative citizen engagement in urban transformation

To address and overcome some of these critical issues, we dedicated the first months of the project to better understanding and agreeing on what citizen engagement is in large, long urban works was and categorize and map tools and techniques. Like a magpie, stealing bits and pieces, we organised everything into a 3-step framework: Inform & Consult, Include & Collaborate and finally, Empower & Co-Create. With local authorities, project partners and agencies we tried to adopt a new mantra: ‘Citizen engagement requires good communication – but good communication alone is not citizen engagement’.

Taking best practices from Europe and beyond we collected dozens of great examples and proposed some central tenants to be considered for each category. We also looked at frameworks and models for citizen engagement, from IAP2 to Living Labs and the World Bank. Examples in urban planning and public transport were also examined. Finally we looked at the growing gap between civic and consumer experiences and prospects for the future. Along the way, a number of international practitioners gave use some valuable insights – quoted in the report – to help further shape our actions.

Writing and sharing this report within REMOURBAN was a great exercise. It made us realise we were essentially closer to ‘manipulation’ than engagement according to an academic scale; but it also pushed us to find a Swiss army knife of tools and techniques to get better at it. Hope you find some of its contents relevant and useful.

Note: The European Union is an incredible source of international project funding, for everything from strategic trans-continental infrastructure, to environmental protection for the tiniest, most remote species. Almost every project has an international consortium from at least three countries and combines disciplines of academia, local or national authorities and agencies as well as industries and associations.

Alec Walker-Love, is a Communications Specialist who works with associations, local authorities, businesses and institutions. Previously working with international associations in urban mobility, his current focus is with projects in science, research and citizen engagement. Happiest working across borders, cultures and communication channels, Alec moves between Brussels, Paris and London. 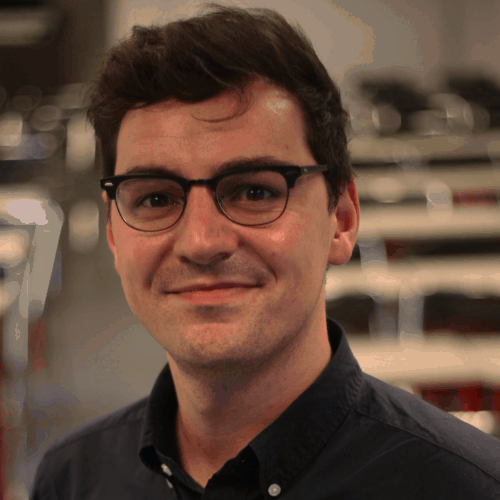 Alec Walker-Love, is a Communications Specialist who works with associations, local authorities, businesses and institutions. His current focus is with projects in science, research and citizen engagement. Alec works between Brussels, Paris and London.