Eugene, OR closes the communication circle with public engagement platform

For the City of Eugene, online public engagement was the missing piece that perfectly complemented their community outreach strategy; further expanding their reach.

“(Online public engagement) is another opportunity and another avenue that is in coordination with the other practices that we know are tried and true. It allows us to broaden our specific outreach tactics and engagement strategies to be more robust and get additional voices in the room to help us flesh out projects.” – Brian Richardson, Public Affairs Manager, Public Works, City of Eugene

The City of Eugene was surprised at the reach of their name-the-street contest held on their digital engagement platform: they received 1,092 ideas from the community.

The community continues to demonstrate great interest in public projects; 7,818 people in Eugene are registered on the platform.

The need for more tools in the public engagement strategy toolbox

Prior to implementing EngagementHQ, the City of Eugene, Oregon focused on a multi-faceted communications strategy that was traditional in nature. Theyutilize in-person open houses, surveys, and postcards as part of their outreach.

There was, however, a recognition by city staff that in-person events weren’t reaching a large segment of their population. Working parents, busy schedules in general, or hesitation about speaking in public/attending in-person events, were all barriers to reaching a wider audience.

The city desired a space where residents could learn about current projects and share feedback at their own pace, on their own time, ensuring more voices were heard, not just a vocal minority. A centralized location for projects was key; everything from a serious transportation planning project to a fun neighborhood contest.

Eugene staff knew there would be a bit of a challenge with internal buy-in initially, as far as staff adopting, learning, and updating a new tool, but their concerns were abated once they realized how user-friendly EngagementHQ is.

“(We saw) the ease of project creation in EngagementHQ, it was not challenging, and very customizable. You can really be pointed with your calls-to-action, timeline, surveys, and mapping tools. It’s a very robust system, and once staff used it, they were pleased to have those tools at their disposal.” – Brian Richardson

Cross-tabulation; taking surveys, comments, and interactive maps to the next level for robust data. The impetus for the City of Eugene to launch their EngagementHQ site, Engage Eugene, was a complex project that contained three smaller projects within it. They immediately made use of the Places mapping tool to help them better understand where pedestrians, cyclists, and drivers were having issues, and the areas that could be improved. Residents dropped pins and left comments on the map that helped to reveal how the transportation system was working in the city. This was helpful for discussions around improvements, as well as working through different stakeholder conversations.

“Project Managers who have worked with EngagementHQ are really appreciative of the tools that are there, the engagement they’ve been able to create, and the results they have seen.” – Brian Richardson

The city has encountered pleasant surprises along the way including the sheer number of questions they receive that lead to open dialogue on Engage Eugene. Additionally, the number of stakeholders using the tools on the site, especially the Ideas tool, is powerful for reliable community data collection.

The detailed survey tools in EngagementHQ allow city staff to collect vital demographic information vs. the responses, and mix and match to cross-tabulate. Registration and demographic information from users help to ensure the City knows who it’s reaching and who it needs to spend more time working to reach, including people or color and underrepresented groups. The analytics aid in understanding what is being said, and that information is passed along to decision-makers.

“We’ve been really pleased with the ease of EngagementHQ and how we’ve been able to pull different data points out and cross-tabulate different results. And it’s only continued to get better through our years of using this tool.” – Brian Richardson

A diverse audience that feels heard leads to a higher level of trust in local government. When the city of Eugene was developing part of their riverfront and needed to build entirely new streets and infrastructure, they turned to Engage Eugene for their first fun online community engagement project. The area was a critical piece of land connecting downtown to the riverfront. This project was an opportunity for residents to share what they thought was important for the city, and what was missing when it came to historical connections.

The city asked for ideas for new street names and was amazed when they received 1,092 submissions. They felt a strong commitment from residents to the connection of history in the area. The street names that were chosen honored historic black leaders and Native American communities in the area.

“We had great feedback and participation on this. It was fun to see the creativity of folks and how excited they were to engage.” – Brian Richardson

Success has also been uncovered around projects that historically did not receive much public interest. The City’s Census and Ward Boundary project is a topic that residents didn’t always engage with in the past. By leveraging their digital platform, Eugene staff was able to better demonstrate how the boundaries inside of the wards can change while providing the opportunity for residents to weigh in. The EngagementHQ interface makes challenging topics, like housing code changes, easier to understand for residents, leading to higher quality community feedback.

“It’s all about getting genuine honest feedback. We continue to grow the ideas, the relationship, and the trust.” – Brian Richardson

After several years of putting Engage Eugene to work in the community, city staff have discovered their key to success is finding a combination of meaningful projects, as well as fun, feel-good projects. They also are deliberate about following up with the audience and building trust. They use the newsletter function for project updates and to share survey results. They work to ensure that people know their input and time was valuable. Community stakeholders know that staff followed through and took action.

“What it comes back to is: Giving that space and opportunity for people to better understand what you’re doing, to share those ideas or concerns, and make sure we’re reaching a diverse audience. This helps our decision-makers make more informed decisions.” – Brian Richardson

Want to learn more about how online community engagement can transform your community? Reach out to us. 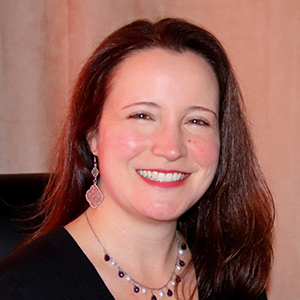