What role do unstated expectations play in community satisfaction with local government?

Last year, the first thing I noticed when I began auditing the outcomes of community satisfaction research, was that the stated priorities were always the same, i.e. roads, rates, rubbish, safety and parking.

While on the surface this could be interpreted as an obvious outcome, when considered further it became counter-intuitive. Why would regional and metro councils be sharing the same outcomes? Wouldn’t all LGAs have their own unique footprint based on size, socio-economic conditions, climate and location? Wouldn’t these unique variables in some way impact on an LGA’s community priorities?

This derived measure demonstrated the contribution that each service or facility provided towards overall satisfaction with council. When we compared the results of the specialised analysis versus a standard importance scale question, we identified that the derived drivers of community satisfaction with council did not correlate with the attributes that the community stated were important.

This is primarily because with ‘stated importance’ questions, people do not differentiate very much between the importance of different items (e.g. everything is important Therefore, outputs based on stated importance questioning lack sensitivity in identifying actual hierarchies/priorities between attributes. 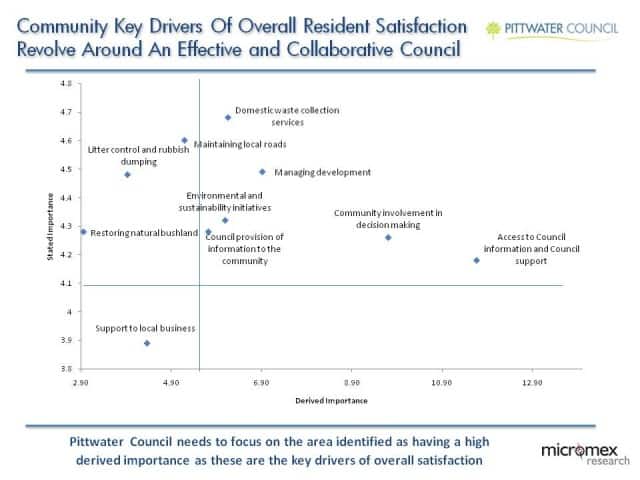 In figure 1 above, even though ‘Access to Council information’ has a lower relative stated importance than other attributes, it is the key driver of resident satisfaction with Pittwater Council.

The learning from our analysis was that if councils solely rely on the stated community priorities (i.e. what the community says is important), they may not be allocating the appropriate resources to the actual service attributes that will improve overall community satisfaction with council.

Of the 35 services/facilities we evaluated for Pittwater Council, we identified that the top 10 variables were the dominant drivers of resident satisfaction with Council. 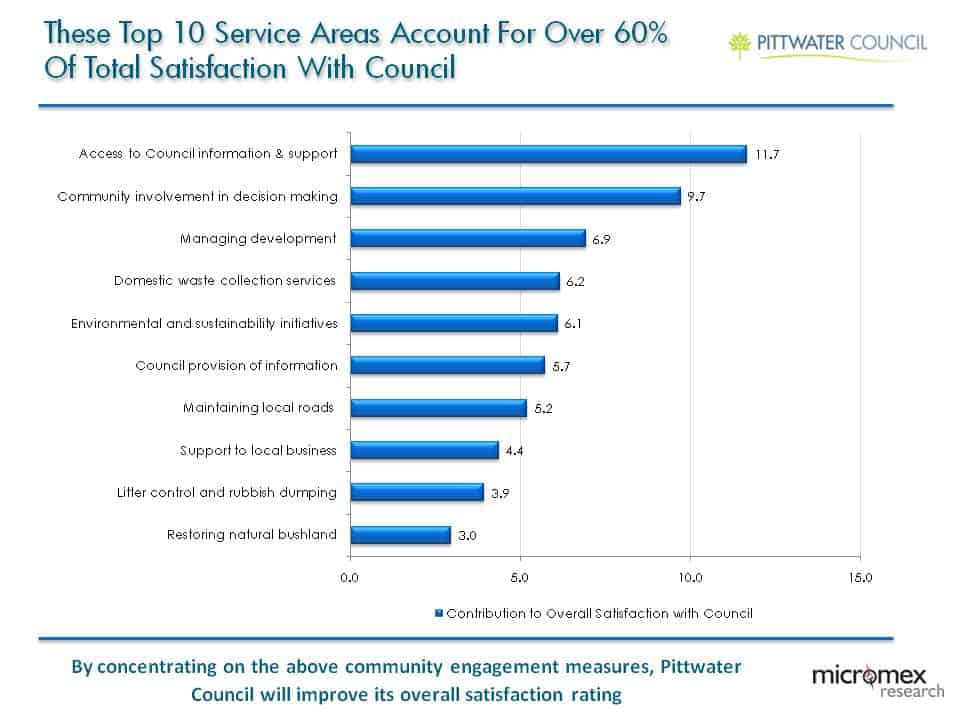 What Type of Engagement Do Residents Want?

We noticed that the IAP2 level of engagement that defined the resident’s desired role in any public participation process tended to change based on the socio-economics of the LGA. Residents from more affluent LGAs were more likely to want to be involved or empowered in the decision-making process, whereas residents from the less affluent LGAs were more likely to indicate that they wanted to be better informed or consulted with regarding council planning and decision-making.

When Do Residents Want to be Engaged?

Usually, it is around the other key areas identified in the analysis. In the case of Pittwater, we found that residents were most interested in issues that impacted on the commercial and natural environment of the LGA.

Additionally, by mapping the outcomes of the regression analysis against stated satisfaction, councils can identify the priority areas that will improve their residents’ satisfaction. 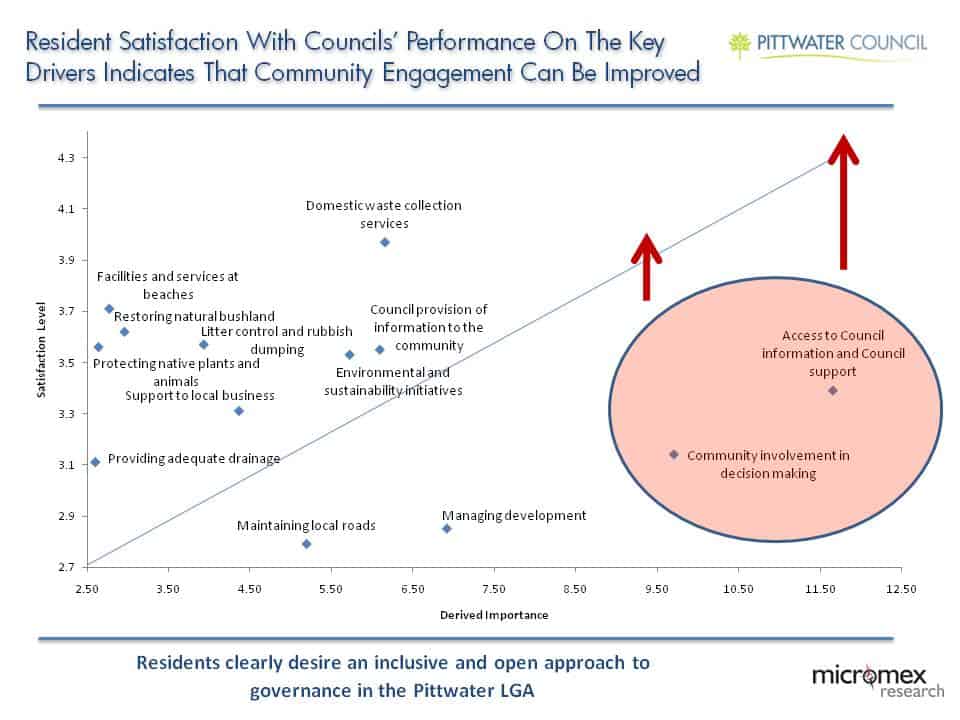 Often a follow up qualitative stage either face to face or online with a broad range of residents, not just the usual suspects, can provide council with an understanding into the when, where, what and why of the community engagement process, as well as the nuances of the various community priorities.

Satisfaction with Council is not just about roads, rates, safety and rubbish, indeed improvements in these areas may not even measurably improve overall community satisfaction. If a council want to improve community perceptions It is critical that Council seeks to understand what makes their residents tick. As only then can they strategically address the unique priorities of LGA residents.

By using regressional analysis as an analytical tool, Council can make community research outputs turn into outcomes that will:

1. Help them to identify and understand the hierarchy of residents’ priorities
2. Inform the deployment of council resources and spend in line with the derived community aspirations
stu@micromex.com.au 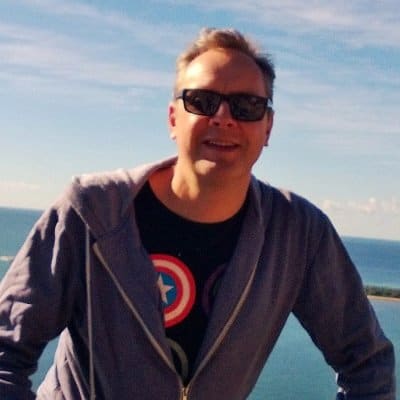 Stuart is the Managing Director of Micromex Research & Consulting an Australian based consultancy specialising in local government research.