Bang the Table’s Engagement Manager, Casey Earp, and City of Golden, Colorado’s Senior Planner, Amber Wesner share some tricks of the trade for expanding your audience.

Last week I presented at the Colorado APA conference alongside Amber Wesner, Senior Planner for the City of Golden, Colorado, about how the city is using online engagement tools to connect with new and wider audiences across their community. I asked Amber to co-present and co-author this article because many of the experiences she shared, after using EngagementHQ for a few months, resonate with nearly every conversation we have with clients around the world at Bang the Table. 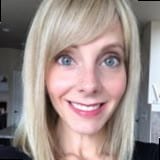 In a nutshell, the City of Golden wanted their engagement efforts to reach a wider, more representative audience but social media had become too problematic to manage effectively. City staff continued to bump up against four main challenges: comments/input were very hard to track, audiences on each platform were different and difficult to report on, community expectations on responses were unrealistic, and staff bandwidth was limited for managing communications across multiple channels. Below, we take a dive into Amber’s experience and more broadly, how the City of Golden developed strategies to overcome these issues.

The City of Golden has a long history of community engagement, focusing on an inclusive blend of in-person and online engagement. Prior to partnering with Bang the Table, Golden largely used tools like e-newsletters, the city website, and social media channels to maintain their communication with the community. Late in 2017, City staff reached a consensus that these tools were largely ineffective as productive engagement spaces and that new technology could help streamline workflow while creating a much more manageable experience for staff and the public.

This came to a head last year when residents were coming to public meetings with misinformation on development project, policy changes, etc. Somewhere, on some platform, the rumor mill was firing on all cylinders and becoming a big distraction from the actual policy discussion that needed to take place.

Deciding to implement EngagementHQ was in response to this new normal. The team created a very straightforward structure that provided space for residents to educate themselves and engage staff on different projects and policy discussions. An immediate transition was to look at social media as a communication channel and not an engagement space. Social media was now viewed exclusively as a megaphone and became the backbone of their marketing efforts. A result of this new strategy was that there was no longer a set expectation to have a real-time, back and forth conversation through these channels. Golden decided to simply nudge users to their new site, Guiding Golden. This transition allowed users, both internal and external, to participate in conversations in a controlled and safe environment.

No longer did the City’s communications team have to worry about a comment falling through the cracks or having an online conversation become ‘what the city is going to do’. The City was able to focus on getting accurate information out to the community in a timely manner, and the community knows the information is correct and that they are invited to the conversation on their own time. This one internal transition changed the way the City and residents communicate with one another and has brought the level of conversation to a more productive space while reaching a better and broader representation of the community.

Audiences on social media platforms are all different. This is not some new phenomena; it has been widely researched and is often used to drive different types of campaigns. When it comes to online community engagement, this reality poses a unique set of challenges for local governments. How do you grow your audience through each (current and emerging) platform? Can you gather data and report across each in a similar way? How do you know if you are reaching the right users? Does a thumbs up really mean anything? The short answer is — not really. There are opportunities for those that are technically savvy but you need dedicated and focused staff to get the most out of each platform.

Golden has been focused on giving access to Guiding Golden across the organization and creating a workflow that allows everyone to launch conversations when they have a need to receive feedback on their project or policy. They also have automation in place so staff is notified when action is needed, making their daily workflow more manageable. Freeing up time through this process has allowed staff to spend more time actually interacting with the community and creatively driving participation through handing out Guiding Golden registration cards at pop-up events and taking more meetings to the people rather than hosting an open house at a city facility. The technology also provides equity for ESL audiences and members of your visually impaired community. Focusing on creating equity across each conversation sends an additional message of ‘we want to hear from you’.

To drive participation, early on, the City of Golden launched several project spaces where the community had the opportunity to request what movies they played at Movies in the Park and what public art pieces they liked most. These quick poll strategies drew people to the site, generated interest, and resulted in 2000+ points of feedback. The strategy was to introduce users to the site in an easy way but also have larger policy discussions available in the same space. This strategy helped the Golden team expand the audiences on each topic – if you think about your stakeholder groups there are largely going to be participants in each group that always show up to conversations they are passionate about. When you put multiple conversations in one place, you can nudge participation to those audiences who have not traditionally taken part. Golden has successfully broadened their reach by deploying this strategy; thousands of data points about a movie in a park led to a productive conversation about short-term rentals. As a result, Golden has a large database of contacts and targeted lists for future outreach. Across the organization, members of different departments can launch project spaces (conversations) in just a few minutes in a way that will be cohesive and recognizable to future participants. As Guiding Golden continues to attract participation, the database will hit critical mass and future conversation on everything from redevelopment to public safety will continue to be more and more inclusive.

The City of Golden saw challenges on the horizon and decided to roll out new tools to mitigate their impacts. Watch the webinar that dove into Golden’s story a bit deeper and included examples from the City of Arvada, Colorado, and Brampton, Ontario.  Learn how your team can drive participation in the online space.  Watch the Webinar! 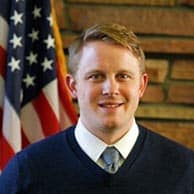