Is humility a strategy for online reputation management?

Your organisation’s brand and online reputation is as precious as it is delicate. Years of careful work building your brand can be decimated in days if you fail to head a few simple lessons of online reputation management.

Humility is de rigueur. It is increasingly being explored as a necessary precondition for organisational sustainability as both a component of corporate culture and as a specific strategy for exploration, learning and appreciation of “otherness”.

In the context of online reputation management, it is a precursor for successful re-engagement of an audience – for mending fences – and for rebuilding relationships. As I wrote this post, however, it became increasingly obvious to me that a posture of humility is a necessary precondition for any successful community engagement enterprise. Humility implies a willingness to listen, and listening is at the heart of all good community engagement.

This post explores the first in ten principles to help you recover from an online attack on your brand. I am principally indebted to the authors of two blog posts. The ten principles were first articulated by Rob Stokes way back in 2007, and then drawn out by Tim Shier through exploration of the “South African Airways Sucks” case study.

Naturally enough there have been some further lessons along the way since 2007. I explore these lessons through discussion of our own experiences with several hundred government agencies over the past eight years.

Writing on Gotta Quirk, Rob Stokes references 10 crucial elements of online reputation management  for successfully recovering from an online brand attack. To paraphrase they are:

All of these make intuitive sense.

I am, however, just a little squeamish about #6.

“Make SEO your friend” requires you to lift the ranking of your own online assets through improved search engine ranking, which is completely reasonable and ethical. Though, it may also require that you adopt strategies to push articles that tell a negative brand story onto the second page of search engine results. I’m less comfortable about this because it is a slippery slope into the dark arts of search engine manipulation.

I would also add to this list – BE PROACTIVE – before you are even attacked invite your community into a dialogue, give them a place to complain, a place that you can monitor, respond and manage.

Back in 2008, Tim Shier wrote about South African Airways in Bizcommunity:

On the 22 October 2008 Justin Hartman launched SAAsucks.com – a self-styled site aimed “to expose the consumer injustices happening at SAA every day“.

At the time of launching, Hartman looked for other similar complaints dating back to 5 July 2007 and in total there are 22 posts – all complaints about SAA.

On 24 October 2008, the complaint was submitted both directly to SAA and through getclosure! – it was met with no response from SAA.

Massive online revolt ensued and, to date, 1560 individuals have blogged and written about their own negative experiences.

Business Day’s weekend newspaper The Weekender then picked up on the furore online and consequently ran a front-page story on Saturday, 25 October 2008.

Shier then went on to explore the issues SAA was confronting, as well as its issues management strategies, through the lens of Stoke’s ten lessons.


You’d think this would be pretty straightforward common sense.

Unfortunately, common sense is not always that common.

In The Weekender article, an SAA representative said that consumers had the right to express dissatisfaction.

She also said that consumers should use existing routes to raise their complaints. [my emphasis]

This simple, probably quite innocent, statement reflects all that was (and unfortunately too often remains) bad about the power dynamics between large corporations (and government entities) and their customers/communities.

You can empathise with the SAA communications and client services teams struggling with the new reality of online social media and networking. Their systems simply wouldn’t have been able to cope with any more than one or two complaints’ channels, and here they were suddenly being confronted by queries from all angles.

But, and this is critical, the systems are a direct consequence of the culture.

And the culture said, “we’re in charge here, not you.”

As Shier noted, while the intention was to help resolve the problem, the comment tells the public one thing:

“You, the online community, aren’t important enough for us to engage with you directly. You must come to us”.

I would suggest that this attitude was more than likely not exclusive to the online community, but reflective of a more general attitude to customer services born of years of corporate insulation from the realities of a truly competitive marketplace. Many “government enterprises” were for many years monopolies. It is only as they are exposed to the market that we begin to see massive cultural change and dramatic improvement is customer service standards.

The standout example in Australia is Telstra, which has gone through massive cultural change over the past ten years. Most government agencies are unlikely to ever go this process of reform simply because they will remain monopoly service providers by necessity. How then to drive this kind of cultural reform?

This is a common error among corporates who believe they are above their consumers and therefore behave without humility ultimately causing them more problems. [my emphasis]

The big lesson here is that the state of humility, or its antithesis, arrogance, is cultural. And elements of corporate culture are notoriously difficult to shift once they become embedded norms.

In her excellent post on this subject, Denise Federer, asks the question, Humble or Arrogant: What’s Your Company Culture?

There are many elements that make up your company’s culture, but one of the most important pertains to its environment; is it one of humility or one of arrogance?

While confidence is an admirable trait, when it veers into the realm of egotism, it can be extremely detrimental to… your organization’s success.

It should be no surprise that humble leaders run the most sustainable companies.

While Federer writes specifically in reference to the internal dynamics of a company rather than its external facing posture, I would argue that the organisational risks are only multiplied when such a culture seeps into the organisation’s public facing systems and attitudes.

This idea of “humility” as both a culture and a strategy is being explored increasingly across a range of academic literature’s.

Edgar H. Schein is something of a legend in the field of organisational development. His  2013 book Humble Inquiry: The Gentle Art of Asking Instead of Telling provides food for thought on the role of retaining a “humble” posture during the inquiry process. As he explains:

I want to access my ignorance and ask for information in the least biased and threatening way.

Anyone who has worked in customer service knows that this can be difficult in the face of an onslaught of what often feels like (and may well be) personal abuse. But we all need a ‘light on the hill’ to meditate on in such moments. In moments like this, there is an opportunity for humility and empathy to come together to create respectful, nurturing inquiry and listening. The reality, of course, is that it is far to easy to respond defensively or bureaucratically, which only inflames the situation. There is utility value in humility.

In the health sector, the idea of cultural humility is defined as:

…the ability to maintain an interpersonal stance that is other-oriented (or open to the other) in relation to aspects of cultural identity that are most important to the person.

Cultural humility was developed in the physical healthcare field and adapted for therapists and social workers to increase the quality of their interactions with clients and community members. It is different from other culturally-based training methods because it focuses on self-humility rather than achieving a state of knowledge or awareness.

Finally, Doug Borwick, writes about the benefits of Discovering Humility for the arts sector. To me, he summed up the organisational benefits of humility perfectly.

It is in our own self-interest to learn and practice humility.

And there is much about which we can be humble. While we are experts in things artistic (at least in the cultural traditions with which we are familiar), not a few of us are clueless or less than “clued” with respect to the interests, needs, and modes of operation of communities outside the arts. This is why community engagement is so dependent upon collaboration with individuals or organizations external to our field. We provide the arts savvy; they provide understanding of and access to the community.

A bit of humility goes a long way in establishing relationships. It also supports the attitude of service that is the core of a revised vision of the arts mission.

But a sense of humility must be systemic. It can’t be outsourced. As Trevor O’Donnell said in a tweet last summer, “You can’t create a humility dept. and hire low-level staffers to do it.” (I warned him I would steal this.) This is true of engagement specifically and of humility more generally. It must be an organizational principle at the mission level.

You can replace “arts” with any other sector.

As I said above, humility has utility value. It isn’t an airy-fairy notion about ‘being nice’. It’s a foundation stone for openness, listening, and mediation. It is a necessary precursor to problem solving. It’s the antidote for arrogance. It’s a preventative for the inflammation of debate. It’s a community builder. All things that will help rebuild your online reputation.

“Why EngagementHQ works for us”: An interview with Joanne Cannon, East Gippsland Shire Council

Social network advertising: Which platform is my community on? 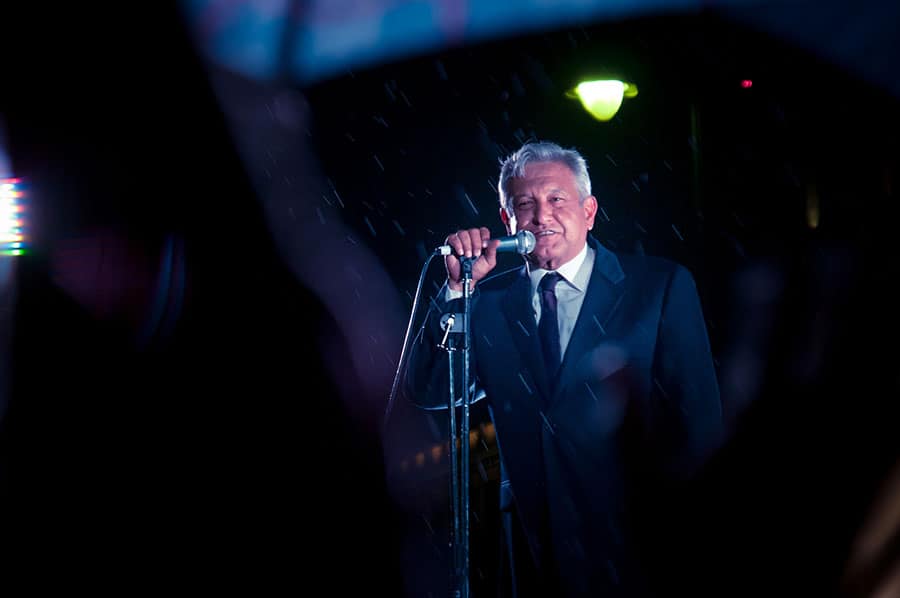