Lessons From The Repair Shop: Improving the Mechanics of Community Engagement In Local Government

Working in community engagement is a bit like working in an auto repair shop. Imagine engagement workers as mechanics tinkering away trying to make adjustments to a giant machine that was built for purpose a long time ago. Operators have realised the machine may not be as effective as it should be but is too expensive and complicated to take apart and rebuild. Instead, we have ‘mechanics’ come in to figure out how it can be adjusted so people can use it effectively. So how do you grease up service delivery so it is ready for community engagement?

For a start, local governments have to change their thinking and governance models. They have to be open to sharing power with residents and go even further by empowering residents to take part in local projects and have a say on the local issues that affect them.

A case example was a recent project I took part in, which involved reviewing a major neighbourhood renewal project by a local council. The project was a collaborative effort between government, support services, and the community to develop a local response to issues in a disadvantaged area.

With community participation a central objective, the community development team implemented an innovative community engagement model. They trained local residents, enrolled in the council’s employment support service, to become Community Engagement Workers (CEWs). These resident CEWs conducted surveys, gathered information, and provided peer education during awareness-raising campaigns. Together with their project officers, the CEWs took part in the planning and supervision of the project and became an integral part of project delivery. CEWs were also supported to form committees and groups that opened up discussions and opportunities to engage with government, and be actively involved in the decision-making for their community. These engagement models were well-documented in order to measure impact and effectiveness.

An Opportunity For Capacity Building

The success of the project came down to capacity building between local government staff and residents. The project provided a valuable opportunity to strengthen government-to-resident relationships and gave residents ownership over the local issues that affect them. They also had the opportunity to sit opposite senior members of the Department of Health and Human Services, Victoria Police and Local Councillors. Subsequently, many residents involved in the project went on to lead community groups and become representatives on governance committees. All of which resulted from the creation of a proactive, safe and engaged space facilitated by Council.

This is where the mechanics become complicated. You can’t just upgrade one part of the motor, if you want to improve performance, you need an entire engine overhaul.  Community engagement is not just one part of the solution, it needs to be implemented throughout the whole project delivery process. This project was fortunate to have State funding and support from partnering agencies; therefore, the community engagement model was well-received. Without this cooperation, outcomes may have been different.

Ensuring residents feel comfortable, informed and empowered to make decisions requires additional support. Capacity building requires resources and succession planning. Not to mention getting participants involved in the first place. Despite extensive outreach to raise awareness about the different projects and how people could get involved, according to an evaluation survey, 57% of respondents said they had not heard of the project. More than half of respondents didn’t participate because they did not believe the government will take notice of what residents want, and 60% felt they did not know enough about the issues. It goes to show that councils have to be proactive in addressing residents concerns and general mistrust of government.

Councils have to create safe and engaging spaces, both on and offline, which encourages residents to become involved in decision-making processes. A framework that requires significant funding and resources. To not do so means community engagement simply won’t work and may even further increase residents’ wariness of government.

For community engagement to be effective, organisations and departments need ongoing support to introduce community development frameworks into their practice. To do so, local councils have to show evidence-based research to support future funding. By sharing learnings with each other, as well as building cross-Council support for a community engagement approach to project delivery, we can reprogram the machine! 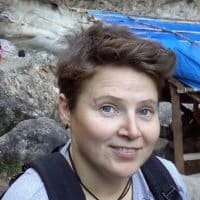 Emily is a planning and engagement officer with Moonee Valley City Council in Melbourne.