Citizen science is also called public participation in scientific research. So there would seem to be a natural nexus between it and community engagement practice.

What specific lessons and opportunities can be brought into community engagement practice?

This opinion piece is inspired by a chapter from an edited volume of academic articles about the role of ‘crowdsourcing’ (perhaps my least favourite word, after awesome) and collaborative creativity in urban planning. You can find the complete citation below.

The authors, an ornithologist and an ecologist, explored the role that citizen science methods might contribute toward making a more “collaborative rather than adversarial type of public participation“.

I’ve written before about the need to bring more love (as opposed to fear) into community engagement process (Motivating positive public engagement through love) and (More on the role of love in Community Engagement). One of the principle arguments is that creative or constructive (in a physical sense) engagement, that by its nature produces a collaborative ‘output’ in the form of a physical or digital artifact, has the potential to be far more engaging than traditional forms of engagement.

In simple terms, if you can get your community to build or create something together, something that is bigger than themselves, and, critically, if you can make it fun, you are likely to get people engaged.

Here’s a simple example of tactical urbanism from Springfield, Massachusetts. 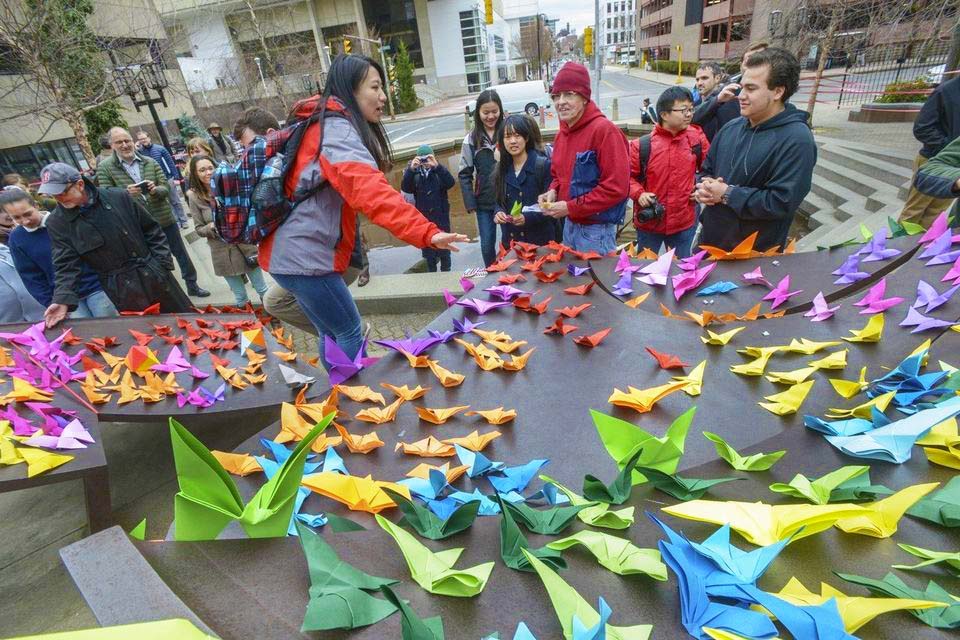 … and here’s another from the UN conference on Urban Form back in 2010: 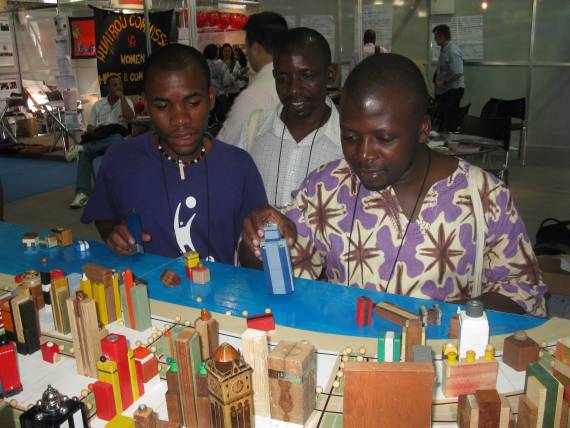 Both demonstrate the value of ‘play’ and creativity in engagement.

We see this articulated more and more frequently in the use of ‘creatives’ – artists and architects – either as drivers of, or part of, community engagement teams.

What Is Citizen Science?

Citizen science isn’t new. In fact, it used to be the norm. Charles Darwin was a citizen scientist.

The difference today is that citizen science projects are focused on dealing with BIG issues. The scale could be because of the size of a data set, or it could be because the size of a territory. Whatever the case, these projects can only get off the ground with the participation of hundreds, or thousands, or even tens of thousands, of volunteers who give up their time, skills and knowledge to be involved.

There are loads of examples, so many in fact, that there are “aggregator” spaces where citizen science projects can be promoted, for example, Atlas of Living Australia, Scientific American, Zooniverse, and SciStarter.

The vast majority of citizen science projects seem to be focused on either ecology (for example, butterfly or wildflower counts) or astronomy (identifying new planets). There are very few about urban issues, and even less (if any) about community-related issues.

What’s citizen science got to do with community engagement?

Citizen science has the advantage over many (if not most) community engagement projects of being constructive in intent – that is, people are very unlikely to come to a citizen science project angry or afraid or with other negative emotions and intent.

It also has the advantage of being an essentially collaborative and constructive space that is, by definition, about collective action. This also inspires a positive, upbeat, attitude to the research outcomes. This is not always the case with public policy (or service design) engagement (but it can be).

Citizen science is similar to other collaboration projects in terms of the dynamics of the participant population. As John Timmer, writing on ArsTechnica blogpost notes:

Most people who show up to check out a project never return.

The most compelling projects still saw 60 percent of their users stop by for a single visit and never come back; the worst case was an 83-percent rate.

This is exactly the same phenomenon we see for public policy consultation in the online space.

We use the “Aware”, “Informed”, “Engaged” framework to differentiate between (1) people who have visited a project site once, but done nothing more, (2) people who have informed themselves about a project by browsing, downloading and watching videos, and (3) people who have participated by asking a question, filling in a survey, adding an idea, joining a discussion, putting a pin on a map or similar.

Typically, the ratio of Aware to Informed to Engaged people varies a lot depending on the issue and digital engagement methodology, but 5:4:1 would not be unusual.

The top 10 percent of contributors end up supplying an average of about 80 percent of the total effort put into these projects.

This is also fairly normal with online engagement methodologies that permit multiple engagement opportunities, for example, online discussion forums, online ideation or online community mapping. Online surveys, by their nature, only permit one instance of engagement.

In general, participation was highest right after launches.

But there were also spikes in traffic at specific points in the data, where both old users returned for more visits and large numbers of new users appeared in the records.

The authors were able to assign some of these to the publication of news articles on the project, which suggests that the spikes were generally due to some form of publicity.

Again, this follows precisely the same pattern we see in a digital citizen engagement context – which is why we encourage regular database updates and a broader social and old school media strategy to drive awareness.

The great thing about citizen science is that because it takes place within the context of ‘science’ as a discipline, it has been studied with far more scientific rigor than anything I have come across for citizen engagement.

Which means that researchers have actually studied the problem of how to better motivate people to get involved and stay involved in citizen science projects.

There is a lot of transferable learning from this work for the practice of community engagement (whether digital or face to face).

The authors of international collaboration, Motivations Affecting Initial and Long Term Participation in Citizen Science Projects in Three Countries found in summary that:

The findings reveal a temporal process of participation, in which initial participation stems in most cases from self directed motivations, such as personal interest.

In contrast, long term participation is more complex and includes both self directed motivations and collaborative motivations.

These are the key lessons from their study.

Short term participation was motivated by:

In contrast to motivations for initial, short-term, involvement, which focused mainly on the self, long term, or sustainable, participation was motivated much more by a complex range of external factors and relationships:

The authors of another article, Dusting for science: motivation and participation of digital citizen science volunteers:

…found that collective and intrinsic motivations are the most salient motivational factors, whereas reward motives seem to be less relevant.

In the plain English, the researchers found that the top motivation for volunteering was enjoyment, and the second most important motivation was identification with the goals of the project.

They argue that high level of collective motivations suggests that citizen science projects (and community engagement processes) should strive to increase volunteers’ (participants) understanding of and commitment to the project and its goals, for example, by communicating the project’s mission and achievements.

In the context of online citizen science, which is effectively collective problem solving, project managers should also focus on building an interactive online community of volunteers with shared beliefs to create a cohesive group.

While public policy discussion groups should never have shared beliefs, it is, with good strategy and continuous effort, possible to cultivate online panels of citizens.

Another learning from this study was the need to make it easy for new volunteers to contribute by being engaged through relatively simple tasks; but that ideally, there should be an opportunity for the sophistication of the contribution to grow as the volunteers become more familiar with the project and develop more skills and knowledge.

This is a particularly interesting idea for citizen engagement (whether F2F or digital). It raises the need to provide different participation opportunities for people with different knowledge, skills, time, and technologies. 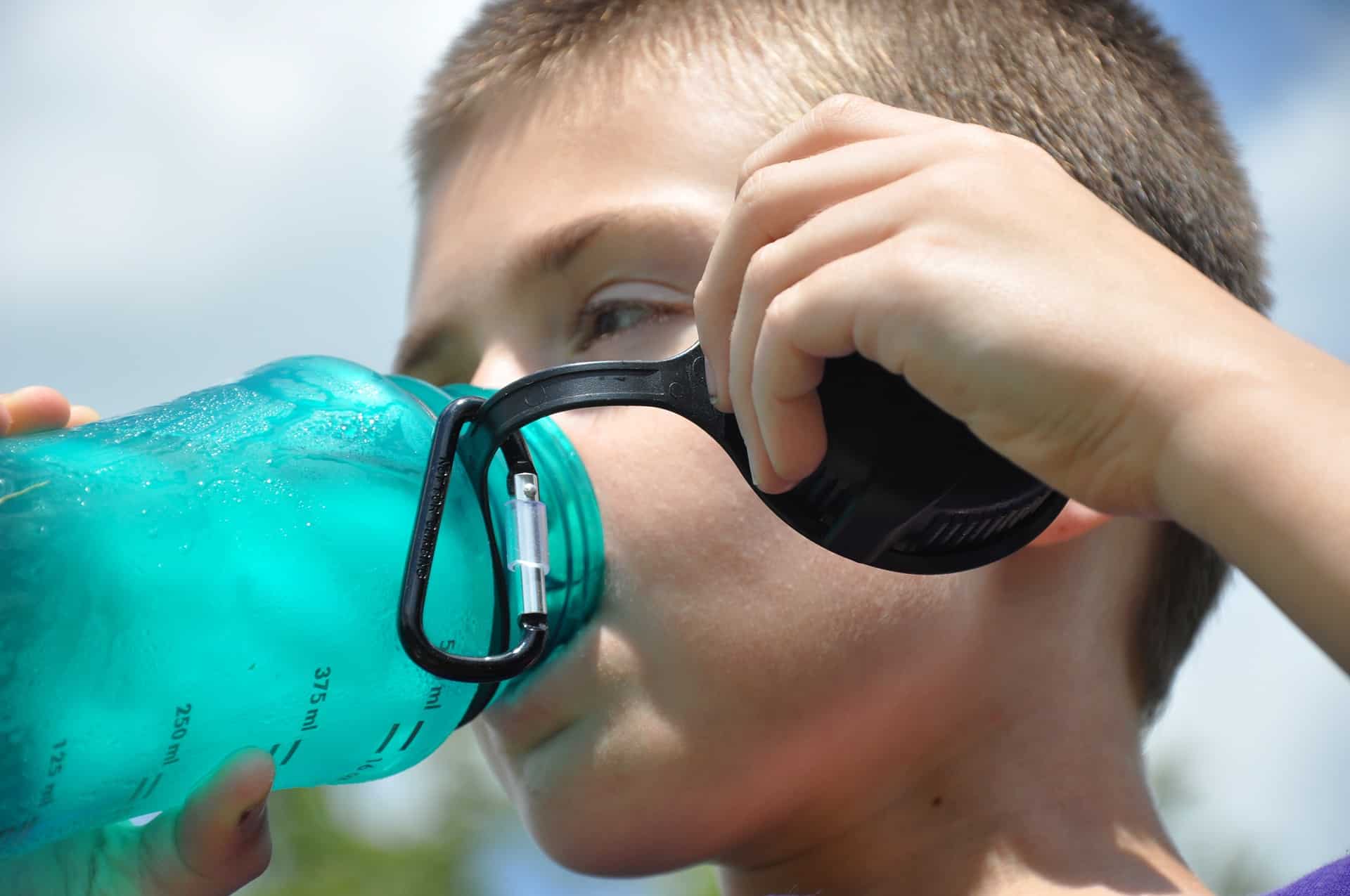