More On The Role Of Love In Community Engagement

This was originally posted by the author on Medium here. 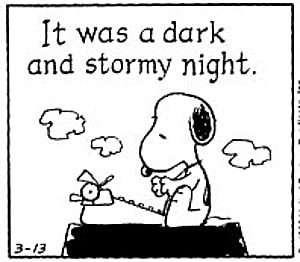 The value of beautiful writing in engaging the community.

A while back I posted on the role that love can play in engaging community around public policy. I concluded with a John Lennon quote…

There are two basic motivating forces: fear and love. When we are afraid, we pull back from life. When we are in love, we open to all that life has to offer with passion, excitement, and acceptance.

…and some pithy (perhaps too pithy) advice…

So, my answer, is embrace love. Use art and design in its most captivating forms to get people to stop in their tracks. When their jaws are slack with astonishment or confusion or wonder, start a conversation.

A reader quite rightly challenged my overly simplistic advice…

One can’t often afford inspiring art and design to create wonder before asking about policy changes.

…and went on to ask a not unreasonable question…

Though I have been thinking about asking a journalist to write an interesting introduction to nature and recreation for reserve plans of management consultation. Have you used this technique before?

My answer, for the record, is no, I haven’t used the services of a journalist other than in a straight communications role (or other professional writers for that matter) to paint a picture about a project or consultation process. But I reckon it’s a great idea, and here’s why.

A few years back I was holidaying on the very beautiful west coast of Tasmania (if you haven’t been, go). To break up the road trip, we stopped in at a small local museum. Usually a good idea only if you are interested in the minutiae of local history, doilies and faded daguerreotypes (look it up!).

First, the west coast of Tasmania has a remarkable tale to tell. Its cultural history, both pre- and post-colonial is extraordinary as well as being extraordinarily well-documented. It was, and remains, wild frontier country. It was also the site of one of the defining environmental protest movements of my youth, the battle to save the Franklin River from damming for hydroelectric power.

Secondly, and more relevantly to this post, was the decision by the museum administrators to enlist the services of the local, and globally renowned, author, Richard Flanagan, to pen the interpretive signage throughout. In my opinion, this was a masterstroke that transformed the mundane into the extraordinary. The mere fact that it has been more than fifteen years since my visit and I still feel the need to share the experience with the world should be evidence enough of its impact.

For the uninitiated, Flanagan is one of Australia’s literary elite. His novels include: Death of a River Guide (1994); The Sound of One Hand Clapping (1997); Gould’s Book of Fish: A Novel in Twelve Fish (2001); The Unknown Terrorist (2006); and Wanting (2008). He also wrote the screenplay and directed the critically acclaimed screen adaptation of The Sound of One Hand Clapping (1998). So he’s the real deal!

His work is not without controversy. “The Selling out of Tasmania”, published after the death of former Premier Jim Bacon in 2004, was critical of the Bacon government’s relationship with corporate interests in the state. Then Premier, Paul Lennon, declared, “Richard Flanagan and his fictions are not welcome in the new Tasmania.” So, while not everyone agrees with everything he has to say, he clearly knows how to spin a yarn.

This was evident in every single piece of writing throughout the museum. The stories — and they were stories rather than facts — sprang from the signage and held you. It was a pleasure to read and learn, where it could easily have been a chore quickly passed over. And…. I’m still talking about it all these years later!

So, while I’ve never personally used a journo (other than in a straight communications role) or other professional writers as part of a community engagement team, I’m sure others have, and I think it’s a great idea. Authors, poets, song writers, bring one, bring all. The bland world of public policy needs you.

Photo Credits: The Soldier and the fawn