Home | Blog | Expert Commentary | The Participation Phenomenon: Getting Involved in Your Community Might Just Save Your Life

The Participation Phenomenon: Getting Involved in Your Community Might Just Save Your Life

Mark Pancer, Professor Emeritus of Psychology, Wilfrid Laurier University, Ontario, gives a glimpse into his research into the participation phenomenon and reveals the life-saving benefits of civic engagement.

In the summer of 1995, the city of Chicago experienced the worst heat wave that had ever occurred in American history. Scorching temperatures of over 100 degrees cooked the city for four straight days. Over 730 people died, the majority of them poor and elderly, trapped within small apartments that became ovens in the heat. Some people were more likely to survive the heat than others; individuals who participated actively in the life of their community – by belonging to clubs, church groups, and other community organizations – were nearly twice as likely to survive the heatwave as those who did not have these kinds of connections to community. It appears that for many individuals, their connection to community literally saved their lives.

In 1956, over 400 women in up-state New York participated in a survey of “women’s roles”. One of the questions they were asked in the survey was whether they were members of clubs or organizations such as church groups, parent-teacher organizations, hospital auxiliaries, and the like. Thirty years later, when these women were 55 to 85 years of age, some sociologists from Cornell University, Phyllis Moen, Donna Dempster-McClain and Robin Williams tracked down as many of them as they could to see how they were doing. It turns out that their participation in community organizations 30 years earlier had a lot to do with how they were doing. Those who had participated in community organizations when they were young women were less likely to have had a serious illness in the intervening 30 years, they could do things such as walking up and down stairs more easily, and they were able to do heavier work around their homes. But more remarkably, these women were less likely to have died during those 30 years.

Once again, it seems that participating in community may have saved some of these women’s lives, or at least helped them to live longer. Indeed, recent research indicates that engaging in community activities such as volunteering reduces mortality by as much as 63% among elderly individuals.

Stages of life and community involvement

Over the last 20 years or so there has been a great deal of social science research on the impacts of civic engagement on people at every stage of life. This research has shown consistently that when individuals participate in the life of their community, they experience substantial benefits. These benefits begin at a very early age. For young people, their first communities are their schools and their neighbourhoods. Their participation in community involves joining school clubs and teams, getting involved in student government, doing community service, or becoming a member of a youth organization such as the local YMCA.

These kinds of community involvements have a tremendous impact on young people. Research shows that young people who are engaged in their school and neighbourhood communities are less likely to drop out of school, get pregnant (or cause a pregnancy), be arrested for criminal activity, or abuse drugs or alcohol. One recent study showed that young people who were involved in only 1 or 2 clubs or organizations were two and a half times less likely to use marijuana than were youth who were not involved in these kinds of activities.

Involved young people tend to be healthier and more successful in many ways. They are less likely to suffer from depression, they have a greater sense of confidence and self-esteem, they get along better with their parents and their peers, and they are more likely to go on to higher education. One of the young people in my own research talked about the benefits of getting involved in his community, through volunteering, in this way: “I think through volunteering I gained a lot of confidence in myself and just what I can tackle and the challenges I can take on in my life. I just totally feel like I can take on any challenge now because of my experiences”.  And these impacts are not just felt in the short term; they appear to last a lifetime. Several studies show that young people who have participated in their school and neighbourhood communities are more likely to become engaged, involved adults who vote in elections, join community organizations, and perform community service.

Adults who participate in their communities derive similar benefits to those experienced by young people. Adults who are members of religious and cultural organizations, perform community service, work for a political party, or take part in the activities of a neighbourhood organization, develop feelings of self-esteem and empowerment, and feel a greater sense of connection to their communities. Not only do they live longer, but they feel healthier, both physically and emotionally. They feel better, eat better, and they are less likely to do things that damage their health, like smoking cigarettes. They are also less likely to suffer from depression, or to contemplate suicide. Indeed, studies show that there are significantly lower rates of suicide in states and countries that have higher levels of civic participation.

What is it about participating in one’s community that produces such positive effects in people? Probably the most important way in which civic participation yields such positive effects is that it increases and enhances our social networks – the people with whom we interact on a day-to-day basis. Social scientists have known for a long time that the support of individuals in our social networks has powerful benefits. They give us a sense of belonging, provide guidance and emotional support in times of difficulty, and give us material help, such as transport to a doctor’s appointment, assistance with moving house, or financial help. But civic engagement does other things that promote health and well-being. It gives us a sense of identity and purpose. It helps us learn skills, such as how to organize our time, work with others, and resolve conflicts.  It makes us more knowledgeable about the communities in which we live, and the institutions and organizations that help those communities become safer and healthier. In all these ways, participation in community not only prolongs our lives; it makes them worth living.

S. Mark Pancer is Professor Emeritus of Psychology at Wilfrid Laurier University in Waterloo, Ontario, Canada. His research on civic participation has appeared in a wide range of journals both within and outside his home discipline of psychology. He has contributed chapters to several books and is co-author of Partnerships for Prevention: The Story of the Highfield Community Enrichment Project and the author of The Psychology of Citizenship and Civic Engagement. 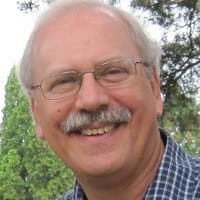