Alli Magidsohn, creative strategist, interviews Ray Boyle, co-founder of Our City, a start-up non-profit based in Oakland, California that works with public art and design to transform civic engagement and empower citizens to improve their communities.

AM: What is OurCity, and where did the idea for it come from?

RB: Our City is an organization that my co-founder, Jake Levitas, and I built to transform how people engage with their cities. Our process – that we call Public Design – is all about creating projects that are built by the public, for the public, that promote public good, and that are exhibited in public space.

The idea for OurCity began back in 2012, while we were both working on Prototyping Festival with San Francisco’s Gray Area Foundation for the Arts. During that project, we began asking ourselves ‘What does this model look like at scale?’ and started outlining a process that has evolved into what Public Design is today. After working together on a few other projects, and continuing to shape the definition of what Public Design is and what it could be, we ultimately joined forces in 2015 to create Our City. We don’t exist as a formal planning group, and we’re not an arts organization. Instead, our goal is to use the process and product of design to empower ordinary citizens to take a hand in shaping the future of their communities. 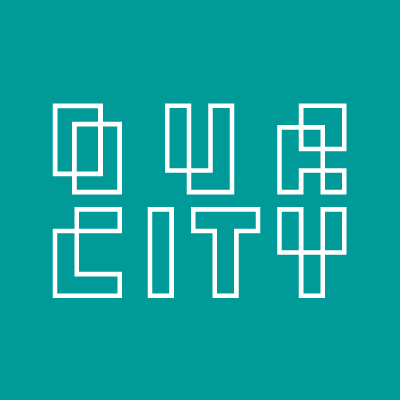 Earlier this year, you partnered with the City of Oakland to produce OurCity’s first Public Design Fair. Can you share a bit about the event, including how were you able to fund it and what it took to get the municipality on board as a partner?

All across the world, cities are now embracing the idea of citizen-driven initiatives in public space as a way of getting civil servants, residents, cultural groups and companies all on the same side of the table. It’s clear that Public Design is an idea whose time has come.

So, when we approached the City, there was already a seeded interest in this work and how it could catalyze the creative forces in Oakland. This first Public Design Fair was an initiative created for three purposes. First, to encourage the people of Oakland to play in new ways, second, to increase social engagement between the city’s neighbors, and third, to make a central plaza in the heart of downtown a more welcoming place for everyone.

Like all of our work, we start with listening – a lot of listening. What is important to one community or set of partners is not always the same as another, so that is where we start: talking to residents, partners, and City officials to understand what is important locally. Then we issue a design challenge that reflects these insights and assemble a jury of local leaders in government, philanthropy, design, and the arts. In Oakland, this jury was asked to select ten projects out of thirty to be funded and produced for Our City: Oakland. Some of the winning projects included a pedal-powered musical organ, a human-scale wire-and-bead maze, and a number of interactive play structures.

As far as how we were able to fund the project, we received generous support from the 50 Fund, the legacy fund of the San Francisco Bay Area Super Bowl 50 Host Committee, to make the event possible. And given that the Super Bowl was taking place the very same weekend as the Fair, we were happy to use public design installations and performances to extend the big game’s spirit of play out into the the plaza right opposite Oakland’s City Hall.

What was your approach to finding community sponsors beyond the 50 Fund? What practical steps did you take to motivate their involvement?

We had really wonderful community partners who provided everything from financial support, to in-kind donations. While the majority of our funding came from the NFL 50 Fund, we also had substantial financial support from Bank of the West and the Uptown/Downtown Association of Oakland. And as I said before, listening is key. We set up a ton of meetings, told potential partners about the vision of the Fair, and instead of making any direct asks or slotting them into predetermined roles, we asked them how they wanted to be involved.

Sometimes involvement meant creating their own project to compliment the Fair, and other times it meant simply handing out information about the event to their customers. The goal for us was to let our partners lead us in understanding how they might best contribute to the event. 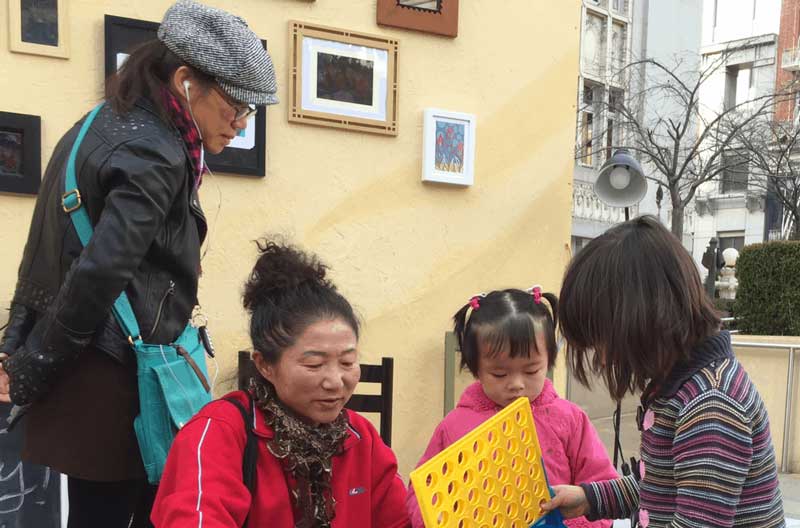 Photo by Our City

Was there a stand-out moment for you? A singular moment where you felt your vision for the event was made manifest?

There definitely was a stand out moment moment for me. It was the last night of the Fair and I was standing right outside of City Hall in front of an interactive photo piece created by Albert Kong in collaboration with the West Oakland Youth Center, and up above ‘It’s Lit’, a multigenerational playground filled with an LED-lit swingset and hula hoops, basketball rim, tetherballs, and more, created by Sheena Fuson and her team.

I was watching these amazing play spaces, and the giant swarm of activity around them, and at one point, I looked around and saw an elderly woman hula hooping, a kid chasing a ball, and a middle-aged dad with his kid on his shoulders who was learning how to dance Hip Hop from a 13 year old Internet superstar. It was just all happening at once, and it was this perfect picture of Oakland; multiracial, multigenerational, and collaborative. Shortly after, Libby Schaaf, the Mayor of Oakland, seemed to show up out of nowhere and asked, “How do we do this again? This is awesome.”

For me, that was a really powerful moment transforming the narrative of that place. Most people relate to the Frank Ogawa Plaza, opposite City Hall, as a place of dissent, anger, and even violence – and had only ever been there as a place of protest. But that Saturday night, everyone was there, together, to play. It was a beautiful sight to see.

Once the event was in full swing, did anything happen that you didn’t expect?

One of our designers, Karen Cusolito, created ‘Tumble Leaf,’ beautiful leaf sculptures for the fair that functioned as seats people were meant to lounge in, complete with astroturf pillows. A few hours after the event opened, though, we noticed that two of the pillows had already been stolen, and we were deeply disappointed by this.

What was interesting, though, was that in the morning, one of our security guards told us that he had gotten the pillows back from a homeless man who had used them to sleep under one of the awnings in the Plaza. Once he was done with them, he returned them to us, and it made me challenge my assumptions from the day before. It made me wonder what we can do with the people sleeping right in front of our city buildings at night, and how public spaces and these kinds of events can be be more empathetic, and even be purposed to serve them and their needs, too.

What would you say are the main logistical lessons learned that you think other community organizers might benefit from?

There were a few main takeaways. First, I’d encourage people to make sure that they have a storage plan for their projects after the event. The question always becomes ‘where do these things go after we’re done?’  There are all kinds of medium to short-term installation solutions to consider once your event ends, but I would suggest that these kinds of considerations should already be thought about at the very beginning of your planning.

Photo by Our City

Likewise, if any of your installations will be permanent, or semi-permanently installed, it’s important to be clear with your municipal partners about who will maintain them. There are a ton of practical questions with regard to things like relying on public works or city-approved vendors for maintenance, that’s why it’s important to be in conversations at the city level, right from the start. Also, it’s important to come up with as many contingency plans as you can. Plan for rain, plan for sun. Plan for too many people coming, plan for nobody coming. There was a chance of rain during our event, so we had a huge tent erected, though we never ended up having to use it.

Lastly, I’d suggest that organizers be mindful about what methodology they’re going to use to measure their success. Is success, for them, about how many people show up? Is it about the time people spend engaging with the works? Is it about the results of on-site surveys? It’s easy to be done with the project and look back with rose-colored glasses, but establishing these KPIs at the outset is far more informative in determining how to best iterate on the overall model in the future.

What advice would you give to anyone at the inception of a similar project around community engagement? What do you wish someone had told you at the outset?

My biggest piece of advice, again, would be to start by listening, and, to humble yourself. You might be sure that your idea is a perfect fit for your community, but make sure that your community thinks it is a perfect fit for them, too. Understand that the work is not about you, or your organization. Instead, it’s about the people who create the works, and those whose lives have the capacity to be changed by engaging with them. Ultimately, it’s really about the look on peoples’ faces when they have a chance to see themselves as creator, builders, and participants in shaping the future of their city. 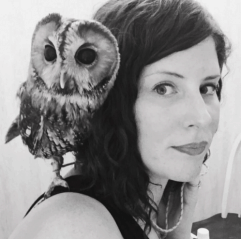