Home | Blog | Expert Commentary | Public participation in liquor licensing: the devil is in the detail

Public participation in liquor licensing: the devil is in the detail

Elizabeth Taylor and Claire Wilkinson look at how local communities can influence decision-making and Public Participation in Liquor Licensing.

Imagine there’s a proposal in your area for a new venue that serves alcohol – a bottle shop, or a bar –and you’re concerned about its potential impact on the community. What opportunities are there for you or your community to participate in the decision-making process?

The answer is not as simple as you may think. It varies by state and territory, and, by the legislation involved. Taking Victoria as an example, in addition to a liquor license, most new venues need to apply for a planning permit. The Planning and Environment Act and the Liquor Control Reform Act are key, although other legislations maybe involved. For instance, if the venue wants to operate poker machines, the Gambling Regulation Act is invoked. Your and your community’s rights to influence a decision on a licensed venue also depends on where you live and how the land is zoned.

In this article, we consider who can object to a new licensed premise, and on what grounds; who makes the decisions; and the weight given to community objections? We look at planning and licensing systems in Victoria – focusing on applications for new venues. We reference other land uses, approaches in other jurisdictions, and changes over time to illustrate how provisions for public participation in liquor licensing depends on the existing context.

Is a permit needed?

Most new licensed premises need to apply for a planning permit and a liquor license. Both application processes facilitate objections, and so, for most license types there are two opportunities to object. Compared to other states and territories, the right to object is relatively broad in Victoria. There are no limitations in either the planning or licensing systems. But consideration given to objections will vary by how the land is zoned.

Who makes the decision?

Decisions on issuing planning permits are made by ‘responsible authorities’, which, in most cases, are local governments. Within local government, decision-making will typically be delegated to council officers; Councillors will generally only be involved in controversial applications. In either case, Local Government decisions can be appealed at the Victorian Civil and Administrative Tribunal (VCAT). In limited circumstances, VCAT decisions may be appealed at the Supreme Court.

Decisions on issuing liquor licenses are made by the Victorian Commission for Gambling and Liquor Regulation (VCGLR). Decisions are made by a single Commissioner, or, by a member of staff under delegation. Applicants and objectors may appeal decisions, in which case three Commissioners review the application and make a decision, and, depending on the case, decisions may be appealed at the Supreme Court.

What grounds are considered ‘valid’?

The assessment processes for planning permits and liquor licenses overlap. But each takes into account slightly different issues. Although community members might list a number of concerns, decision-making authorities will only consider the impacts defined as ‘valid’.  And what is valid varies by legislation, and has changed over time.

The focus of both systems is local amenity. Amenity broadly refers to the built form of a new development (its height, site coverage, bulk); the amount of car parking provided; and the arrangement of things like lighting and landscaping. For licensed venues, decision-makers will also consider the hours of operation, and patron numbers. In a residential zone, protection of residential amenity mean some uses are banned outright or are much less likely to receive a planning permit.  If you live in a mixed-use zone or in a township, you may find your rights to object on amenity grounds are more limited.

Within Victoria’s planning system, there are contradictory messages about whether social impacts will be considered valid reasons for objecting to a new licensed premise. Under the Planning Act it is only for selected land use developments, including licensed premises, brothels and gaming venues, that negative social impacts will be a valid objection. When residents of Tecoma, a Melbourne suburb in the foothills of the Dandenong Ranges, sought to stop a proposal of a McDonald’s restaurant, the potential for anti-social behaviour was given as an objection. VCAT overturned the local government decision to reject the planning permit application, stating that the anti-social behaviour was not a valid consideration because alcohol would not be served, gambling not permitted, and no music or entertainment provided.

However, social impacts are also considered rarely relevant for licensed premises. When the City of Casey rejected a planning permit application for a Dan Murphy’s over concerns it would contribute to domestic violence, VCAT overturned the decision stating that “a broad concern about the social harm caused by alcohol, the accessibility of alcohol in the community generally, or the potential for the abuse or misuse of alcohol, will rarely (if ever)” be a relevant consideration when assessing permit applications for licensed premises.

Within the licensing system, anyone may object to a bottle-shop on the grounds it would contribute to the ‘misuse or abuse of alcohol’. The licensing act also specifies grounds on which objections cannot be based – to prevent existing licensees objecting to new venues opening. When the City of Casey appealed the VCGLR decision to grant the licence on the grounds of the high incidence of domestic violence in their jurisdiction, the VCGLR panel ruled to grant the licence noting that it could not consider family violence under current laws as an aspect of the area’s amenity.

What weight is given to your objection?

The role and influence of objections in decision-making is complex.  An objection is not a vote nor a veto. In both planning and licensing systems, applications are assessed on merit; community objections are just one consideration of several considered by decision-makers.

In recent years, there has been apparent community frustration that hundreds or thousands of objections had no clear influence on planning decisions. In response to some high-profile cases, including the Tecoma McDonald’s, legislation was introduced in 2015 to bring community objection more directly into development assessments in Victoria. Local governments are now required to consider the number of objections when assessing permit applications. However, even with this change, local government and VCAT only have to consider the number of objections as an indicator of social impact.

Other land uses in Victoria do have direct veto. If the bar or bottle-shop were a wind turbine, under Victorian legislation everyone (every dwelling) within 1 kilometre would have to give written consent to the development. If anyone nearby did not consent, the permit would not be granted.

Such ‘veto’ systems do apply to applications for new liquor licences in some parts of Melbourne. In two inner-east municipalities, former ‘dry zones’, residents still vote directly on some liquor license applications. The zones were established through local option in the early 20th Century, and the system of local veto is a legacy of this time. In these areas, residents living in the premises’ vicinity (approximately 1km) are able to cast a vote ‘for’ or ‘against’ the licence being granted with no grounds for voting ‘against’ the licence required. An applicant has to get more than 50% of the vote before proceeding to a licensing decision.

While such provisions for direct democracy existed in many countries in the early 20th Century, both the planning and licensing systems have moved away from direct local controls on development, and have increasingly emphasised issues of amenity relying on discretionary assessments by decision makers. For example, the 1987 Licensing Act restricted public objections to issues of local amenity and replaced a provision in which any three local residents could trigger a local referendum on whether a licence should be granted.

There is pressure to change, but it’s a balancing act

As the Tecoma case suggest, there is popular demand for direct local veto in planning decisions, as in liquor licensing. Calls for community rights to stop developments are seen in alcohol policy and in a broader sweep of planning uses, including fast food, mosques, and wind turbines.

And yet there are risks and trade-offs involved. Liquor licensing laws are not only designed to reduce harms associated with alcohol but to achieve other objectives, such as support the hospitality industries. Veto type systems carry risks of exclusion; impacts on small businesses; and administrative costs. Furthermore, those with little interest in the decision are forced to participate.

In merit-based systems, decision-makers are bound to weigh a range of interests, not simply consider a majority opinion or the number of objections. The role for the community as objectors or residents can, in principal, be balanced against the positives of licensed venues. In practice, this system has meant contested applications are most often granted on appeal but with conditions imposed on the licence to address residents’ concerns. An alternative mechanism for representing community interests are Citizen’s Juries, used recently to inform licensing policy in the City of Sydney and South Australia.

Finally, another way for the community to influence decisions around alcohol is through the political process. Liquor licensing regulations can – and do – change, sometimes quite suddenly. While some changes are imposed centrally (such as lock-out laws); others stem from the concerns of local government and community. The Victorian Royal Commission into Family Violence recommended a revision of Victoria’s Liquor Act consider family violence and alcohol related-harms. Two weeks later the VCGLR decision on the proposed Dan Murphy’s was delivered  leading to calls for a broader range of social impacts to be valid grounds for communities to object to new venues.

In Victoria, as in other states, participation in liquor licensing, can be confusing given two, partly overlapping, application systems. Details matter when considering how to participate in local liquor licensing as the licence type, land zone, permit or licence stage will all influence the rights of residents. The political salience of the land use and the history of the local area may also matter.

Claire Wilkinson, is an Australian Postgraduate Award recipient undertaking doctoral studies at the University of Melbourne on local liquor licensing controls in Victoria since the 1950s. She is a Research Officer at the Centre for Alcohol Policy Research, La Trobe University 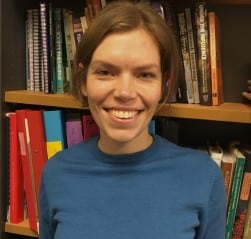 Claire Wilkinson is an Australian Postgraduate Award recipient undertaking doctoral studies at the University of Melbourne on local liquor licensing controls in Victoria since the 1950s. She is a Research Officer at the Centre for Alcohol Policy Research at Latrobe University. 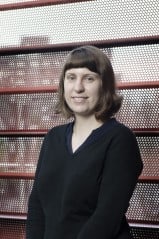 Dr Elizabeth Taylor is a Vice Chancellor’s Post-Doctoral Research Fellow in the Centre for Urban Research at RMIT University. Her interests are in policy-focused research across urban planning, housing markets, property rights and locational conflict