Dina Graser, Senior Advisor at the Institute on Municipal Finance & Governance, University of Toronto and Pamela Robinson, Associate Professor, School of Urban and Regional Planning, Ryerson University, suggest citizen engagement processes can be mapped onto dimensions of “trust”. Adapted from a perspectives paper written for the Institute on Municipal Finance & Governance, Munk School of Global Affairs, University of Toronto, this two-part series examines the fundamental issue of fiscal trust – and ingredients needed for trust-building – in relationships between citizens and their governments.

A fool and his money may be easily parted; residents and their tax dollars are notably not. Yet governments need to pay for their work.  One of the key challenges faced by modern governments is how to build the trust necessary to allow them to raise taxes for necessary investments.

In a recent paper for the Institute on Municipal Finance & Governance at the Munk School of Global Affairs, University of Toronto, A Recipe for Fiscal Trust, we looked at this issue in the context of the infrastructure deficit faced by cities across Canada.  Even with support from provincial and federal governments, municipalities are facing hundreds of billions of dollars to renew and replace their infrastructure.  There’s no getting around it:  cities will need to raise revenues through taxes, user fees, and possibly new revenue tools.

The prevailing narrative is that taxes are already too high; cost overruns and delays are the norm rather than the exception for large infrastructure projects; and the public is cynical about governments’ propensity to hide, rather than share, information about how decisions are made.  So how can local governments build the level of trust necessary to pay for long-term infrastructure needs using new taxes, fees, or other revenue tools?  In short, how can they build “fiscal trust”?

Part one of our article investigates the notion of trust.  It disentangles conflicting definitions, and sets out a new “continuum of trust” to frame engagement efforts. In the second part of our paper, we will show that five ingredients are needed for building public trust in general and fiscal trust in particular: information; communications; engagement; credibility; and earmarking of funds.  The main finding of our work is that no one of these works on its own: all of them need to become part of the culture of government.

Trust, or the lack of it, is a fundamental issue in the relationship between citizens and their governments.  While many surveys note that trust in government has declined around the world, research on Canada in particular indicates that trust in the federal government has stayed reasonably stable over the past decade, with most recent surveys putting it at about 50 percent. Local governments fare better than their provincial or federal counterparts.

But just what are we talking about when we talk about trust? There is no consistent definition of trust, either in the academic literature or in public opinion polls. Polling questions span a number of different concepts, for example:

Trust, as it turns out, can mean many different things. Accordingly, any study of trust in government must start by disentangling these definitions and determining which of them, if any, apply here.

We distilled the literature into five kinds of trust:

We propose that a good engagement process can be mapped onto the dimensions of trust identified above to build trust as a continuum, or by a set of mutually reinforcing steps.  Trust built at one level sets the stage for the next, and if the chain is not broken, then repetition of this virtual cycle breeds greater trust in government overall, setting the stage for government action. Any break in the trust chain has repercussions in both directions. If a citizen trusts a public servant based on previous interactions, she may enter optimistically into a public process. But, if that process is flawed (if the rules are not clear, information is not shared, or the institutional participants are not transparent), trust in the person with whom the initial relationship was created will be damaged, as well as in the institution on behalf of which the process was held.

The trust continuum. Dina Graser & Pamela Robinson.
None of these steps, in isolation, will be a surprise to practitioners of public engagement. But the key, in our view, is positioning these steps as a continuum that must be incorporated by government as a consistent part of its practice.  Moreover, observing these steps in one context – a planning process, for example – will not necessarily build trust in government in another context, say when it comes to a decision that needs to be made about policing or budgets.

In the second part, we therefore investigate the notion of why citizens trust their governments to do some things more than others, and focus on how the trust continuum works in combination with other factors to build fiscal trust in particular. 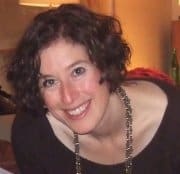 Dina Graser is a Senior Advisor at the Institute on Municipal Finance & Governance, and a consultant on strategy, policy development, and engagement. From 2010 to 2014, she was Director of Community and Stakeholder Relations at Metrolinx, the regional transportation authority for the Greater Toronto and Hamilton Area. 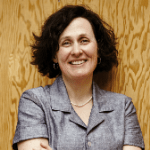 Pamela Robinson (MCIP, RPP) is an associate professor in the School of Urban and Regional Planning and Associate Dean of Graduate Studies in the Faculty of Community Services at Ryerson University in Toronto. Her current research on the SSHRC funded geothink.ca grant team examines how open government, open data, and civic technology are transforming urban planning practice in Canadian cities.