Reflecting On The 2017 APA Conference

After four days of nerve-wracking taxicab rides and frantic jaywalking, our time in New York for the 2017 APA National Conference has come to a close.

It was a busy weekend at the Bang the Table booth. We brought 432 shot glasses to the conference and left with zero–planners sure know how to have fun! Watch the Video

During breaks from the booth, I was able to attend sessions and learn more about planning. Here are some of my key takeaways from the conference:

The job title couldn’t give it away any more easily: An urban planner’s job is to plan the development of the city years into the future. Long Range Plans and Vision Plans often seek to imagine what the world will look like 20 years from now, and even further.

I haven’t even decided what I want to cook for dinner tonight. Why do we want to look 20 years into the future?

The old adage goes: “The best time to plant a tree is 20 years ago. The second best time is today.” What planners do today will affect their city decades from now. When that charming mixed-use building pops up in your downtown in 20 years, the form-based code your department was debating last week will have been forgotten–a bygone historical document in the back of our cyborg brain libraries. But the building will still be there.

The same goes for engagement. Our most powerful success stories with EngagementHQ are from clients who cultivate engagement over the long term. They bring people who might only attend an in-person engagement once (such as skateboarders on skatepark projects) onto the site and keep in touch with them. Community engagement is moving from a “checkbox” consultation approach to building community over the long term.

I am a big fan of WIRED Magazine, and was delighted to see Peter Leyden deliver the keynote address to a standing-room-only crowd on the opening morning.

As humans, we have numerous psychological blind spots and biases. One of the hardest to spot is also one of the most important for this generation: the linear vs. exponential mindset. Some key data points of civilization are linear, like the increase in global life expectancy or the change in your hometown’s population. As a result, many models of the future just extrapolate this straight line into the future. But as Leyden noted, there are notable exceptions that will fundamentally alter our society.

Also present in Leyden’s keynote was a focus on how society changes based on which generation is in charge. Through the rest of the conference, this theme persisted. This year, APA certainly didn’t shy away from the M-word.

(No, not ‘mixed-use development.’)

Millennials will soon dominate the nation’s workforce, economy, and politics. As Leyden noted, the implications go beyond our youth and supposed admiration of Aziz Ansari.

We grew up with different cultural norms. For Baby Boomers, media was hierarchical: Writers write jokes, David Letterman tells them, and you laugh. Millennials, however, are much more likely to be both producers and consumers of media. On Reddit, I post content in addition to merely browsing the site. On Twitter, I helped some teenager who wanted free chicken nuggets topple Ellen DeGeneres as the most retweeted tweet of all time.

What does this mean for planning? For millennials, the public meeting is outdated– a relic of this hierarchical approach. Online tools now enable leaders to crowdsource ideas, thoughts, and feedback. Instead of having to talk at citizens, leaders can start two-way conversations. The potential for building public trust is unlimited as more people connect and join the conversation.

New York could not have been a better backdrop to learn about these planning trends. As a city once mired by blight and crime, New York has now re-emerged as the powerhouse it was always meant to be. This could not have been accomplished without previous leaders having a long-term vision of what the future could look like.

Across the country, leaders are bringing citizens to the dialogue to help co-create the future. From Resilient Boulder to Plan Gowanus, citizens are using EngagementHQ to ask important questions about how to guide policy and development.

Every city–New York included–still has its challenges, but I left the National Planning Conference optimistic for the future of cities. When 6,000 forward thinkers descend in one area for a weekend, good things happen. APA is no exception. 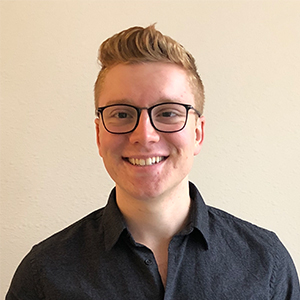