Why Budget Engagement? Why Now?

Public engagement on the budget has always been something of an odd duck. Government budgets are complicated, typically hundreds of pages long, and involve at least a little math. They are generally inaccessible and deeply understood by relatively few people in each organization.

In ordinary times, this might not present an obvious problem in need of solving. However, these are not normal times. COVID-19 has wreaked havoc on local economies, with those governments funded by sales and income tax experiencing immediate plunges and those by property tax warily waiting as collection dates near. And even as revenues decline, the need for health, public safety, and human services increases.

Governments are responding to this by making cuts. Steep cuts. A recent National League of Cities poll found that 63% of cities 50,000 – 199,000 in population expect to reduce services. 55% of these cities will furlough staff and 36% will lay people off. The trends are the same for every population category.

As if this were not bad enough, the nation is experiencing a second national emergency centered on racial justice and police use of force. Even as responding to the protests themselves further depletes coffers, some governments are considering whether funding for police should be shifted to other areas such as equitable access to healthcare and education, community development, and affordable housing.

While all of these problems are front and center, budget engagement remains a low priority, often consisting of perfunctory activities such as hearings or some other version of “three minutes at the mic.” I’ve yet to find anyone say much positive about such endeavors other than that they are often short due to lack of interest.

The times are calling for major actions that have budget decisions at their core. How can stakeholders, whether non-budget staff, elected officials (who often have a hard time finding their place in the budget discussion and approval process) and the public, be meaningfully involved?

In addition to hearings, other methods for budget engagement include less formal public meetings, focus groups, citizen advisory groups, surveys, and simulations. All of these have their place, but simulations, especially when built and offered online to the entire public as well as internally to staff, are most effective because they put the user temporarily in the shoes of the decision-maker, having to balance trade-offs and taking into account constraints and the actual costs (and savings) of services.

Going Beyond the Survey: Budget Simulations

The range of methods includes public meetings, community advisory boards, surveys, and focus groups. However, the most useful method — budget simulations — has been rarely used.

Budget simulations can be used for any type of budget. They can be used for the general fund, such as Kansas City, a capital budget, like Largo, Florida, by elected officials, such as this school board member from Douglas County, CO, or internally with employee groups, such as the Matanuska–Susitna Borough School District in Alaska. (Here is a demo site of how a budget simulation could be used to help with decision-making on personnel decisions, such as furloughs and compensation changes.)

Some recent research suggests that the best way to understand budget preferences is by a combination of surveys and simulation. Surveys alone do not provide reliable data because they do not show the relationship between revenue and spending, don’t show trade-offs among options, and do not take into account the varying costs of services. They also do not place users in the shoes of decision-makers, missing an opportunity to build empathy and, hopefully, support, for decisions–even unpopular ones.

Local government is in for some rough economic times ahead. Those that do well will have found a way to not just communicate budget information to stakeholders or glean out of context preferences, but those who genuinely seek to engage with the public and staff. A 2013 study by Benedict S. Jimenez on how cities handled and recovered from the Great Recession found that those cities that invested in engagement fared better. “In participatory cities, nothing is off the table when dealing with a fiscal crisis.”

Fortunately, the tools and skills for budget participation have improved dramatically since the last recession. Let’s hope they help all local governments to find resiliency and successful recovery.

If you would like to see how one community, Stillwater, OK, is engaging the public on budget issues with an integrated, multi-platform approach, tune in to the webinar: Involving Your Community in City Budget Conversations. 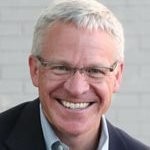