With the recent arrival of NextDoor in Australia, it’s a matter of time before local governments are going to be approached to pay to use the network as a platform for community engagement.  We have quite a lot of experience from clients who use NextDoor in the USA and we thought it might be useful to share some insights.

For anyone who doesn’t understand what NextDoor do, they are a local social network.  You join in your neighbourhood by verifying your address and talk with neighbours about whatever you have on your mind.  I’ve seen a variety of issues in my neighbourhood in Boulder CO. Alerts when there’s a bear around, appeals for funding for just about anything through gofundme pages, people trying to sell stuff, and lots of community issues relating to the neighbourhood and beyond on issues like trash management, lawn care etc.  Crime warnings are also common, whenever someone suspicious is seen in the area. There has been some controversy about racial profiling on NextDoor but it’s clear the company has worked really hard to stamp this out.

Here are some of the things I heard about in my neighborhood over the past year: A thunderstorm downed a tree, blocking a central road; a shadowy agent called “the night clipper” arose, surreptitiously cutting overhanging bushes while unsuspecting property owners slept; several dogs and cats were lost, found, or “on the loose,” whatever that means for a cat; a federal-grand-jury-summons telephone scam struck; someone sought belly-dancing classes, an apparent alternative to Pilates; and, innumerable times, people deposited bags of dog poop into lawn-clipping and recycling canisters at the curb.

From The Atlantic July/August Issue 2018

Like any place where millions of people gather, there is also an absurd side to NextDoor’s community which is beautifully highlighted by the ‘Best of NextDoor’ Twitter feed. 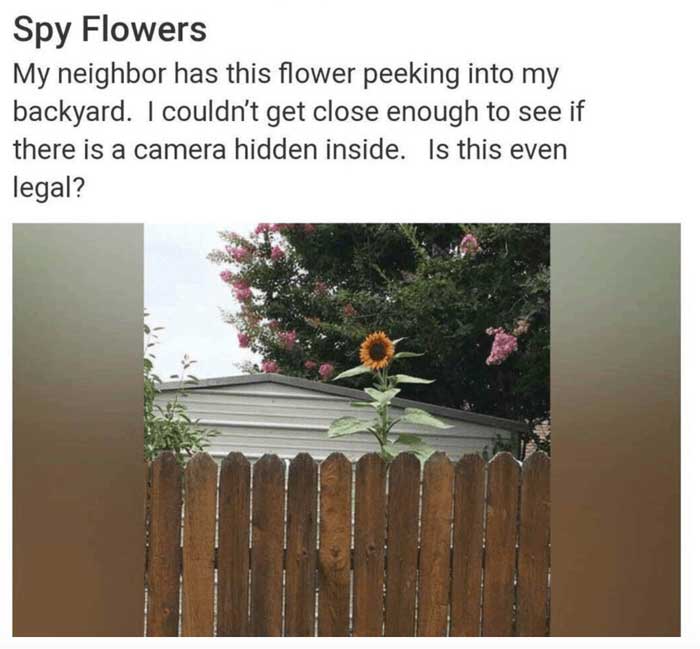 It’s fair to say that Nabo never really took off in Australia with only about 365,000 members or about 1.5% of the Australian population.  However, a look at available NextDoor stats shows they have about 10 million members in the USA which is still only 3% of the population.  It’s unclear whether this additional population represents some sort of tipping point to relevance in communities or whether the healthier business investment environment in the USA has led to the prevalence of the NextDoor brand but it is worth noting that their coverage is quite limited (though they have better coverage in some communities than others).

I suspect, but cannot prove, that coverage might also be skewed toward older, more affluent, home owning, people.  Sadly (perhaps tellingly) NextDoor doesn’t seem to publish a demographic breakdown (if anyone has seen one please share and I will publish here).  This is worth keeping in mind if you are after a representative sample.

There are currently about 350 cities or similar organisations working with NextDoor in the USA. When a city pays to join NextDoor multiple employees are allowed to post to neighbourhoods on behalf of the agency but they can only see direct responses to their own posts (unless of course their staff are resident in the neighbourhoods).

There are plenty of positives to the NextDoor model.  The organisation is genuinely committed to a mission of connecting people and is a deep thinker in the space.  The ability to engage on a hyper local basis is fantastic and there seems (again I’m afraid I don’t have statistical evidence) to be a high rate of engagement in the network.

In the USA we’ve seen a bit of a shift over the last couple of years from clients thinking that NextDoor is a ‘silver bullet’ for community engagement to a general sense of frustration that they are unable to really engage in the space, to measure or properly understand or participate in the community.

The single biggest issue we hear from our clients in the USA is community members carrying on discussions about a City post in a different thread that they cannot see.  Imagine the scenario where you are advertising the planning process for a development unaware that someone in the community has started a thread next to yours that opposes the development.  In this scenario people who agree with the community member might coalesce to replying to their post rather than yours, meaning you miss out on a lot of important input. It’s understandable that NextDoor wants to ensure that the community owns the space but for those in city government, who feel very much part of that community this is a very frustrating limitation.